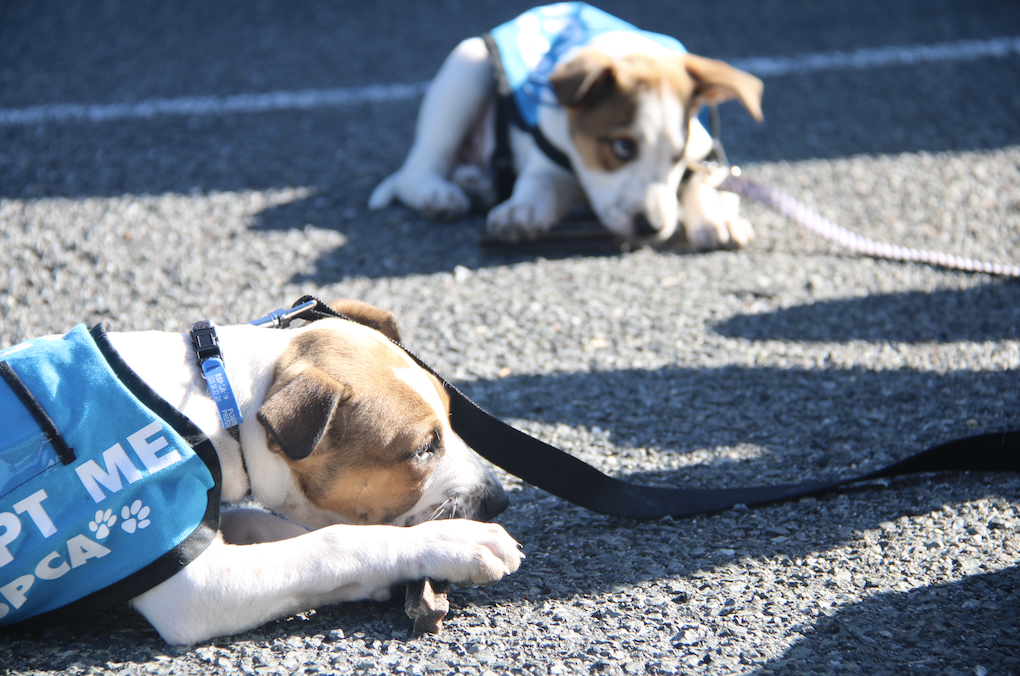 Posted at 10:34h in Charity, More Articles, News, What's on by sales@gladstonenews.com.au 0 Comments 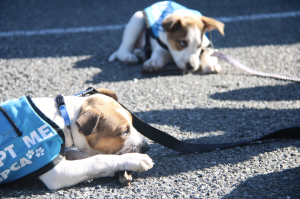 Snickers and Skittles, up for adoption from the Gladstone RSPCA

Today is RSPCA Cupcake Day and Gladstone RSPCA volunteers are outside the HIT FM studios at 65 Central Lane selling scrumptious cupcakes to raise money for animals in need, providing animal care and adoption facilities for abandoned, surrendered or injured animals.

And if cupcakes aren’t enough to tempt you, the RSPCA volunteers brought four puppies to remind potential dog owners how adorable and loving they are, and of the rewards of responsible pet ownership.

There are currently about forty dogs available for adoption at the Gladstone RSPCA refuge and President, Nicole Allison says that there are always more.

Animal carer Sue Ellen Thompson brought five-week old Corgi cross puppies, William and Arthur, to show them off on Cupcake Day. At five weeks they have a couple of weeks to go yet before they are able to be adopted.

Sue Ellen, who with son Jared estimates she has cared for around 100 dogs since becoming a volunteer three years ago, fostered a pregnant rescue dog some five weeks ago and brought her back from Biloela.

“We brought her back in the car, and she had barely been home for an hour when the pups – eight in all – were born,” she said.

Also guest-starring at cupcake day were Snickers and Skittles, two husky cross puppies, who at seven weeks will be ready to leave their foster carers, mother and daughter, Adele and Karin Bierman soon.

“Some dogs have a longer journey to adoption than others; we just adopted one dog out who we’d had for three months, but puppies always go to permanent homes quicker – we had one dog recently for less than 24 hours,” Karin said.

The volunteers will be outside HIT FM for a little longer, while their cupcake stocks last!