Seaside RSL gets a makeover to remember 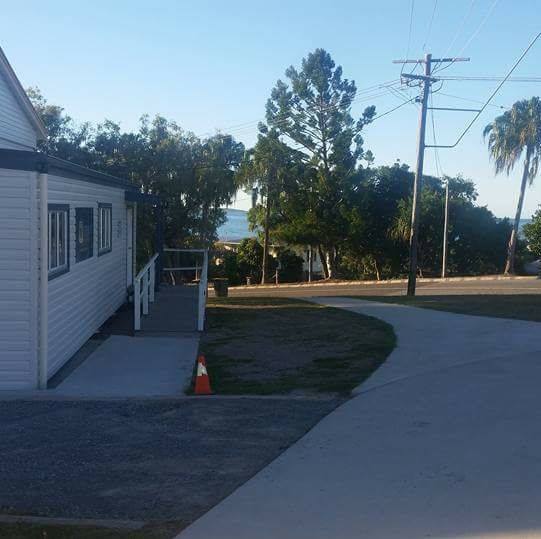 23 Apr Seaside RSL gets a makeover to remember

Seaside RSL gets a makeover to remember….

Lots has been happening since the Boyne Tannum Returned Services League took occupancy of the Tannum Community Hall, with their new kitchen area on track for an Anzac Day debut.

On the corner of Pacific Avenue and Ocean Street on the headland at Tannum Sands, the new RSL club has magnificent views and catches a terrific sea breeze which secretary Mike Robbins hopes might attract some younger members in the future.

“Since we took it over, RSL Queensland have done a lot of work, getting the foundations re-done and repaired,” Mike said.

“We got a grant from the Gambling Communities Fund to get it clad and inside we’ve been doing stuff ourselves – I want the kitchen area finished by Anzac Day,” he said.

“It’s just a target date I suppose you’d say, and it’s quite achievable. Now that we have a hall, we’ll be able to have a luncheon there this year after the morning service,” he said.

“We’ve had an offer from one of the hire firms to air-condition the hall and we’re planning some improvements to the disability access doors and the toilet and amenities.”

“We really need to watch out for the licensing laws obviously, but we will certainly be examining the possibility of getting a license for the club a little way down the track once we’ve done all the work,” Mike said.

With a big resurgence in the attendance of young people at ANZAC commemorations in recent years Mike says ANZAC Day in Boyne Tannum belongs to the whole community:

“We’ve had a really decent turnout in recent years,” Mike said. “We try to make it as much of a community event as we can. The local police come and regulate the traffic, we march from the Boyne Plaza carpark down to the Cenotaph in Sterling Park on Malpas, led by the high school band, who also provide us with a bugler and a couple of senior students who read poems.”

“We do a Dawn Service as well. We have a huge turnout – the Lions Club do a breakfast and ask for a gold coin donation – and any money from that goes back to the RSL,” he said.

The RSL had some funds in reserve for their maintenance work, but Mike says he’s hoping to come to an arrangement with the Boyne Tannum Men’s Shed for some of the labour.

“It would be a good thing for the Men’s Shed, we’d give them a donation. That way the money stays in the community.

“Of course, there’s half a dozen RSL members who are also members of the Men’s Shed so it’s good if we could help each other.”

Always looking for new members, Mike is appealing to younger veterans and service personnel: “We would certainly like to get some younger members –not too young but not too old – around the 50 to 60 age bracket, veterans of Afghanistan and the first Gulf War,” Mike said.

The club currently has around 30 ex-service members, with another twenty social members.

“We know we have a lot of ex-serviceman in the area, they just don’t want to put their hand up to join the RSL.”

He’s hoping the new club in a ripper location will help: “There’s a few things inside that need revamping but we’re getting there.”