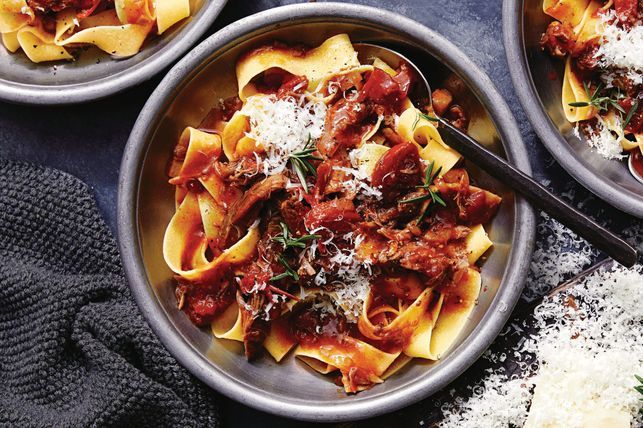 In Italian cuisine ragu is a meat-based sauce that is commonly served with pasta.

The first documented recipe for a meat sauce, in which the cooked meat was an integral part of the sauce served with pasta, dates from the end of the 18th century.
After the early 1830s recipes for ragu appear frequently in cookbooks from the Emilia-Romagna Region.

By the late 19th century, the use of heavy meat sauces on pasta was common on feast days, and Sundays but only with the wealthier classes of the newly unified Italy – given the expense of meat.

Ragu meats may include one or more of beef, chicken, pork, duck, or lamb.

Whichever meat you prefer, ragu and lashings of pasta make for the perfect winter warmer.

Please note you will need a 5.5 litre slow cooker for this recipe.

Recipe and photo courtesy of taste.com.au