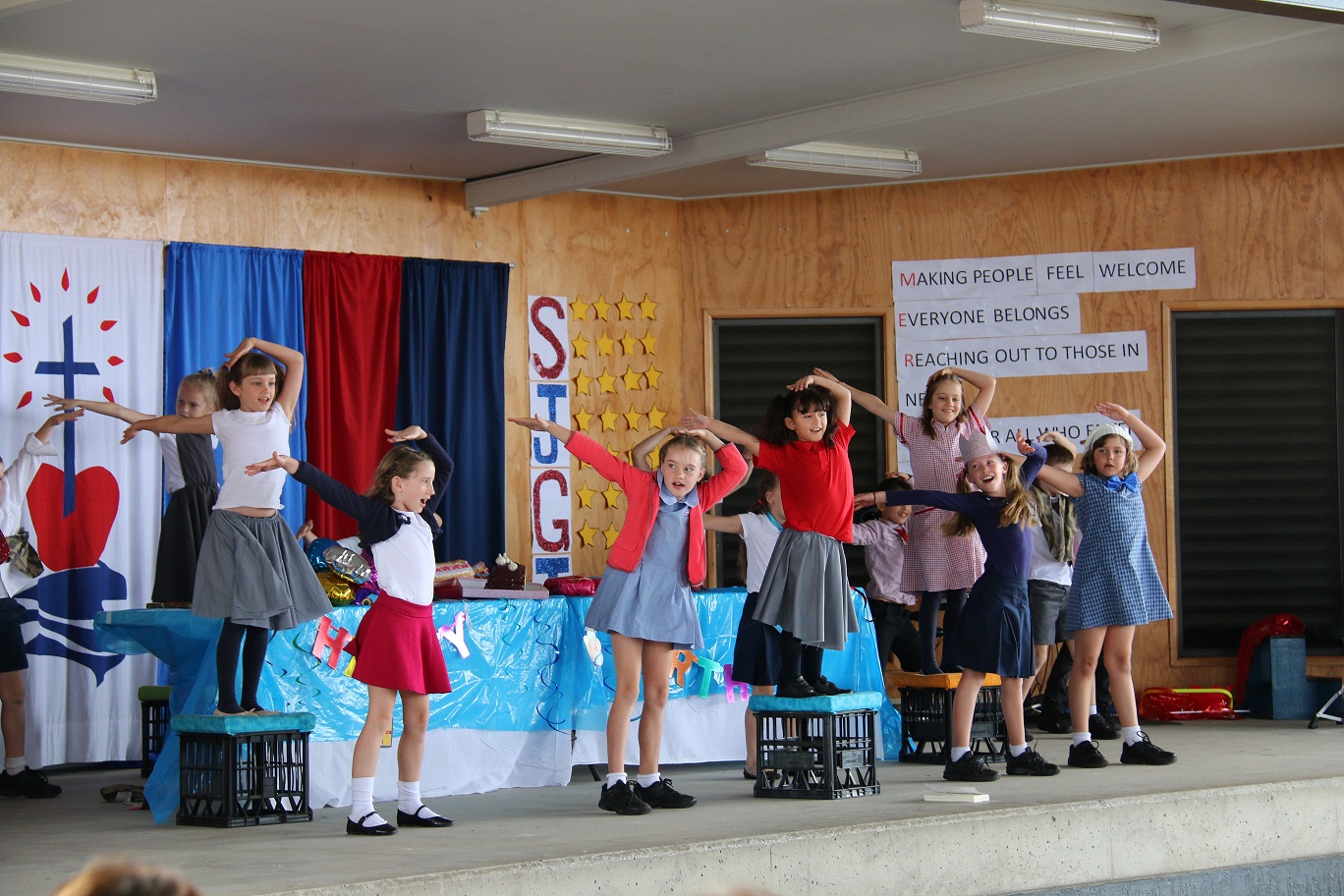 Last Wednesday St John the Baptist Catholic Primary School held their bi-annual Talent Show. The school’s former Principal, Mr Paul Daglish founded the event 6 years ago before he passed away 18 months later. The school has continued to hold the Talent Show in remembrance of him ever since.

This year’s St John’s Got Talent event was bigger and better than ever, with talk of making it an annual show due to its popularity. Jennifer Rouse who gave up many hours of her own time organised the event this year and said “

The show kicked off with dance group ‘Check Meowt!’, followed by a beautiful piano performance from Emmily Organ who scored 3rd Place. Next up was Amelia Sweeney, who showed off her beautiful singing voice.

Chloe Harrington braved the stage next for a bit of stand-up comedy, and had the crowd in stitches. One of her best jokes of the set “Mum asked me, what did you learn at school today Chloe? I replied – apparently not enough because I have to go back tomorrow.”

Mac Banford was definitely a crowd favourite, interacting with the audience and getting them to clap the beat as he performed on his drum set. Mac has only been learning the drums for a few months, however it seemed as though he was a seasoned musician. Judges awarded him 2nd Place in the competition and praised him for his enthusiasm.

The final act also took 1st Place in the competition. The Connor sisters had the audience entertained from their very entry into the venue with a circus performance. Dixie, the lion (an adorable little terrier in a lion costume) jumped through rings of fire and performed other jaw dropping tricks. The sisters were

Guest performers for the day, were Grade 3 students performing the song Miracle from the Broadway way musical Matilda.

We can’t wait to see what is in store for next year’s event, and it is definitely true to say that St John’s Got Talent!

CHECK OUT SOME PHOTOS OF THE PERFORMERS