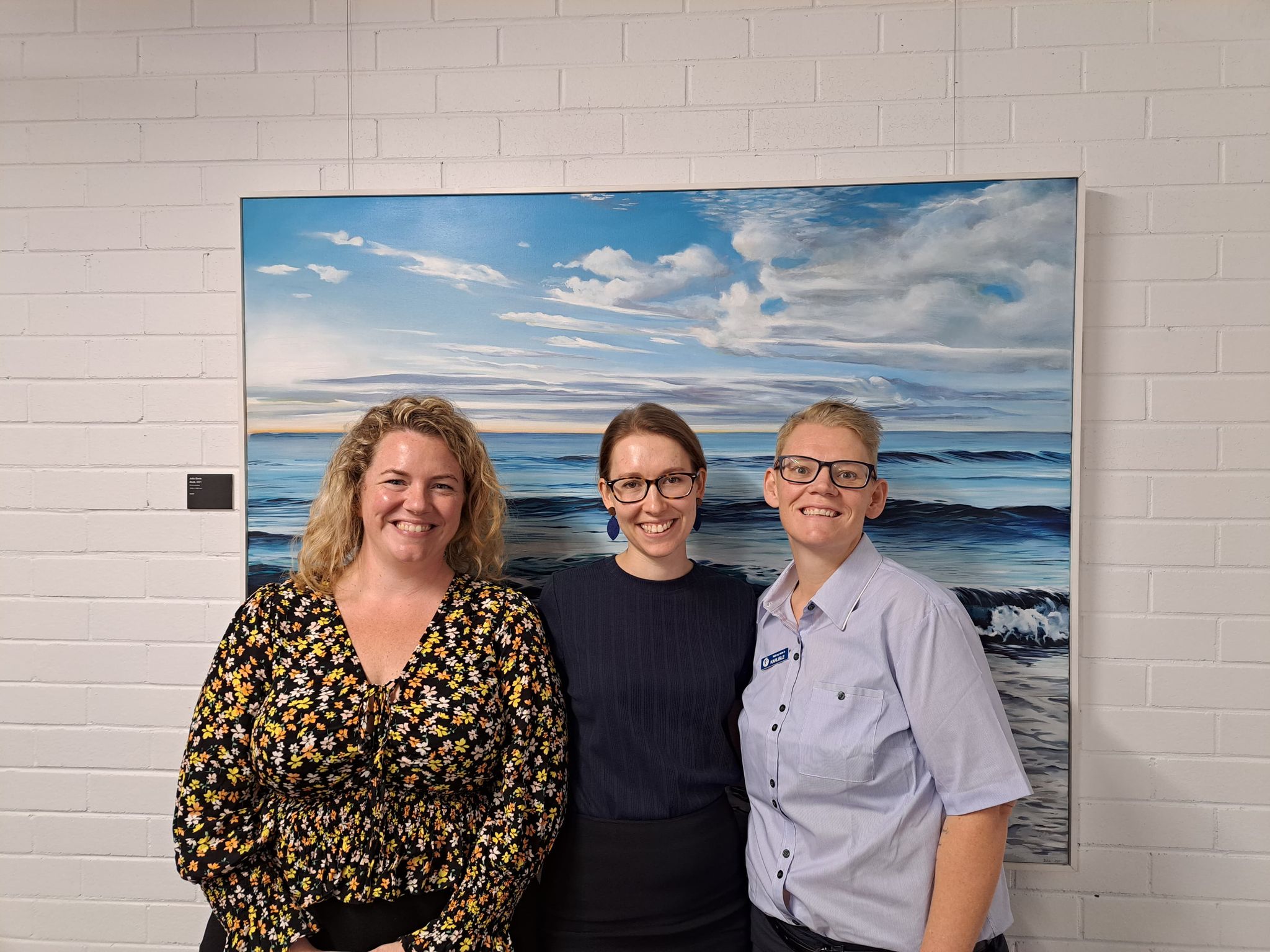 The two women who quite literally met in the middle of the street, are now both registered nurses at Gladstone Hospital.

The Skills for Tertiary Education Prepatory Studies, or STEPS, program is an ongoing, government-funded project from CQU that helps people find a pathway to University.

Michelle Goldenberg had wanted to study a degree for six years before she took the plunge into the STEPS program.

“I was working odd jobs before I got into STEPS. I had wanted to study since having my daughter, since the midwives that helped me were so amazing, but I was really bad at maths, and it felt like I hadn’t really done a job where I ‘used my brain’ in years. I was scared,” said Michelle.

Karlisle Baker worked as a dairy farmer in Tasmania and raised four children before starting STEPS.

“I worked as a dairy farmer for ten years, and when I made the decision to move from Tassie to here, I thought I would start studying teaching at University, but I had been out of school for too long and I needed to do a bridging course,” said Karlisle.

The pair have undertaken their nursing degrees together, and have been in friendly competition ever since living across the road from each other here in Gladstone.

STEPS not only acts as a bridging or preparation course, but also allows people to have a ‘trial’ of the degree they are about to undertake.

Both Michelle and Karlisle originally wanted to undertake teaching degrees, however after undertaking the ‘Career Voyage’ program with STEPS, they both found that they were more suited to nursing.

“I remember them telling us to look at a job that we wouldn’t normally do- look at the stats, look at the employment opportunities and wages,” said Michelle.

The Access Coordinator Gladstone Bre Knight, said that the STEPS program also allows people to get a sense of the responsibility and dedication it requires to get a degree.

“This program really helps build people’s confidence, and helps them adjust to the study workload if it’s something they haven’t done in a while,” said Bre.

For Michelle and Karlisle, though, STEPS meant a lot more to both of them than simply getting into University.

“Originally, I just started STEPS because I had mentioned going to Uni, and I wanted to get out from a bad situation. It turned out to be so much more than that though. I really think that this program has got the potential to give you whatever you’re needing. I’m sure that some people who just need academic help get that, but for me it was not just that but also so much more. I really learnt how to make myself a priority,” said Michelle.

Karlisle can’t help but agree with Michelle on this.

“Honestly, whenever I talk about ‘Prep Skills’, I always refer to it as a bit ‘hippie dippy’. But you really learn so much about yourself, and you learn how to learn. You just learn how to be the best of you. It’s like going to a weird life-coaching thing, but three days a week. So much of my life changed, and all of a sudden I just had the confidence to do what I wanted to do, and to put myself as a priority,” said Karlisle.

Anyone over the age of 18, and who is an Australian or New Zealand citizen or permanent resident is able to apply for STEPS. Applications are open now at https://www.cqu.edu.au/courses/study-information/work-and-study-preparation/steps.