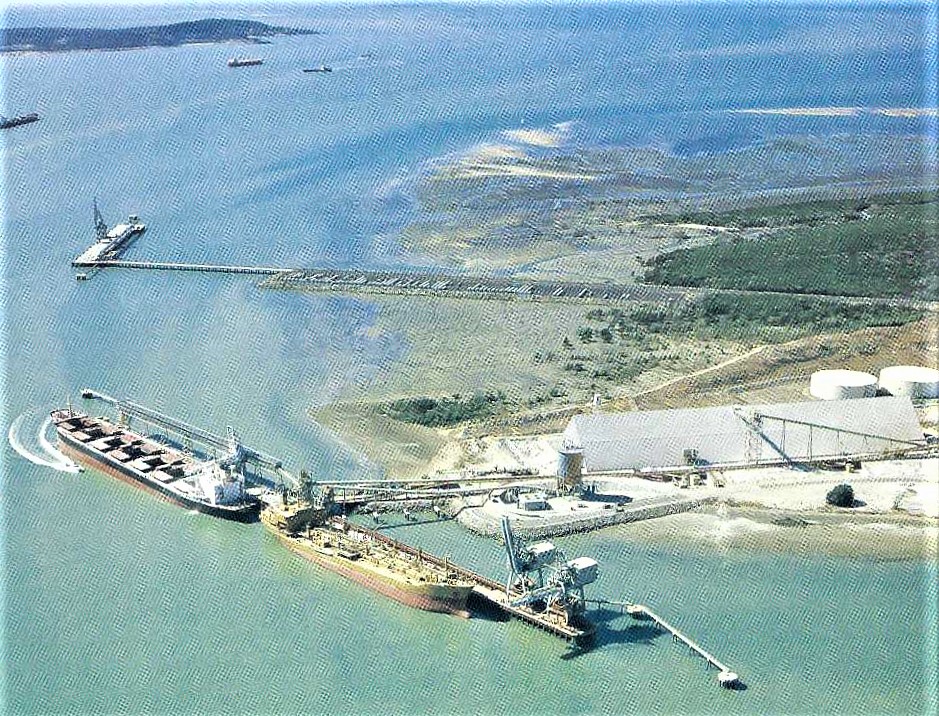 21 May The Clinton Coal Facility

In the early 1970s, the Gladstone Harbour Board saw an opportunity to establish a coal facility at the mouth of the Calliope River. A survey showed that the adjacent harbour area could be deepened to provide access for the largest vessels available.

Building the powerhouse involved massive earthworks and the spoil from this provided the material for the walls, enclosing hectares of a tidal flat in the area north of the powerhouse site, a huge reclaimed area. The Clinton Industrial Estate was being formed and levelled at that time and this provided more spoil for the reclamation.

These modern facilities were of multi-million dollar magnitude and stage 1 featured dredging of the harbour (to allow access for large ships); a huge wharf (with expertise for capacity loading); stockpile proficiency and a railway network (with rail tracks and conveyor belts); and administration buildings. Clinton Wharf was officially opened on 7th May 1980 and the board was already committed to stage 2 as the Utah Development Company agreed to export through Clinton.