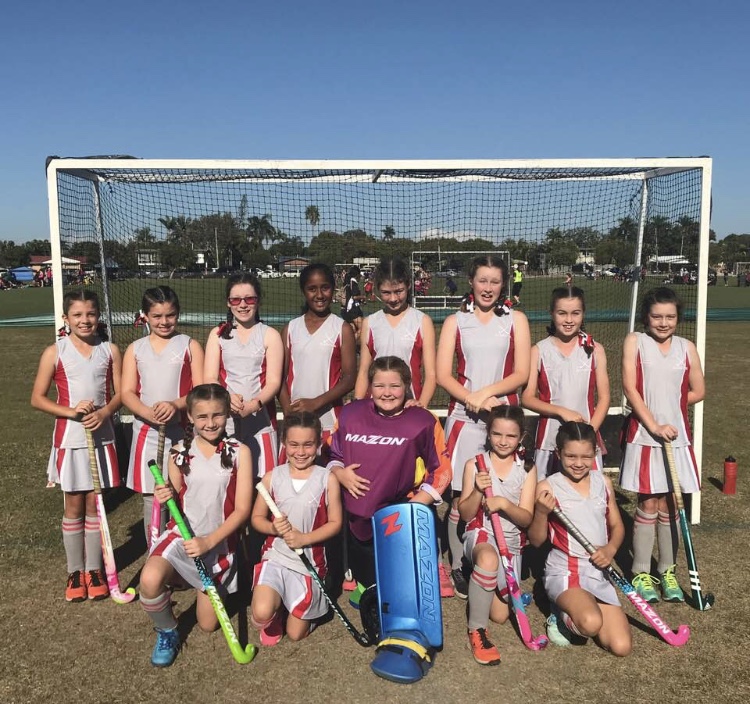 What a win for the Under 11 Gladstone Girls Hockey team in the U11 Rep hockey carnival in Mackay! The team placed 2nd and not one goal was scored against them for the whole weekend! The girls team was led by coach Georgia Glindon, the team played an impressive 6 games, winning 3 of them!

The boys U11 team also had a fantastic day in the carnival and managed to make it into the final of Division 1, but just missed the win! Their coach Karen Pease was very proud with the team bringing home the runners up prize!

A great weekend of hockey was played by all teams, and everyone had lots of fun! Congratulations to everyone involved!