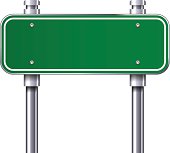 Posted at 01:21h in Community, Home & Family by Karina 0 Comments

The Leach family’s standing within the Gladstone Region fishing community was today acknowledged with their surname to adorn the Toolooa Boat Ramp carpark area.

Council’s Chief Executive Officer Stuart Randle said it was apt that the facility, located off Gladstone Benaraby Road at O’Connell, would bear the Leach name.

“The Leach family has been synonymous with the region’s fishing and prawning industry since the 1930s with Harry Leach, and his sons Frank and Ian, known as first class net and reef fishermen.”

Harry, born in Brisbane in 1914, moved to Gladstone in the mid-1930s where, with his sons, he capitalised on the fishing knowledge he had originally acquired in Maryborough, before they decided to build a bigger, faster vessel.

Although delayed by the outbreak of the Second World War, the 48-foot ‘Weona’ was built and launched in Auckland Creek in the mid-1940s and was the first fishing vessel in Queensland to boast an economical diesel motor, a Caterpillar, which was brought out from San Francisco.

Mr Randle said that, in addition to helping modernise the fishing industry within the region, Harry, Frank and Ian conducted survey work in the Gladstone Harbour over a long period of time.

“Their efforts including the mapping of the Narrows way for both the former Gladstone Harbour Board and the State Government,” he said.

“They also transported divers and buoys for many years to Heron Island to assist sea plane activities, lent their surf dinghies to the Tannum Sands Surf Life Saving Club for competition and special events, and Frank was Queensland Professional Fisherman’s League Secretary for many years.”