It’s time to cast your vote! 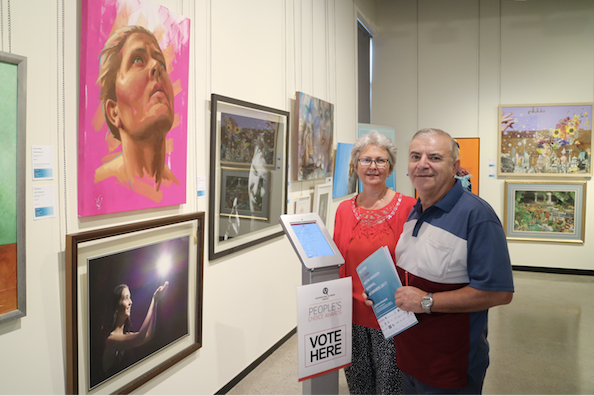 Visitors are encouraged to vote for their favourite works in each of the four sections of entry: (1) Easel Works; (2) Works on Paper; (3) Three Dimensional and Fibre Works; (4) Digital Works; by voting through the QAL iPad voting kiosks found within the exhibition spaces, only.

“We are thrilled to have QAL supporting the People’s Choice Awards again this year.  There is such a lot of talent on display, even with four votes; it is still not an easy job for anyone!” Jo Duke, Curator, Gladstone Regional Art Gallery & Museum said.

‘The 2017 QAL People’s Choice Awards’ will be presented to four lucky artists whose work is the “most voted for” in each section by the visiting public. Artists will be presented with $500 each, and one lucky voter will also win an all-inclusive weekend getaway to Heron Island.  Voting closes 5pm, Thursday 30 November 2017 with the winners announced on the following Monday.

“We have been so lucky to have such fantastic community support for our ‘2017 Art Awards’.  Without our generous sponsors, especially QAL, none of this would be possible.” Jo said.

The Gallery & Museum is located on the corner of Goondoon & Bramston Streets, Gladstone, with FREE admission, open 10 am – 5 pm, Monday to Saturday.

The exhibition of entries into ‘The 42nd Rio Tinto Martin Hanson Memorial Art Awards 2017’ will remain on display until 7 December 2017.