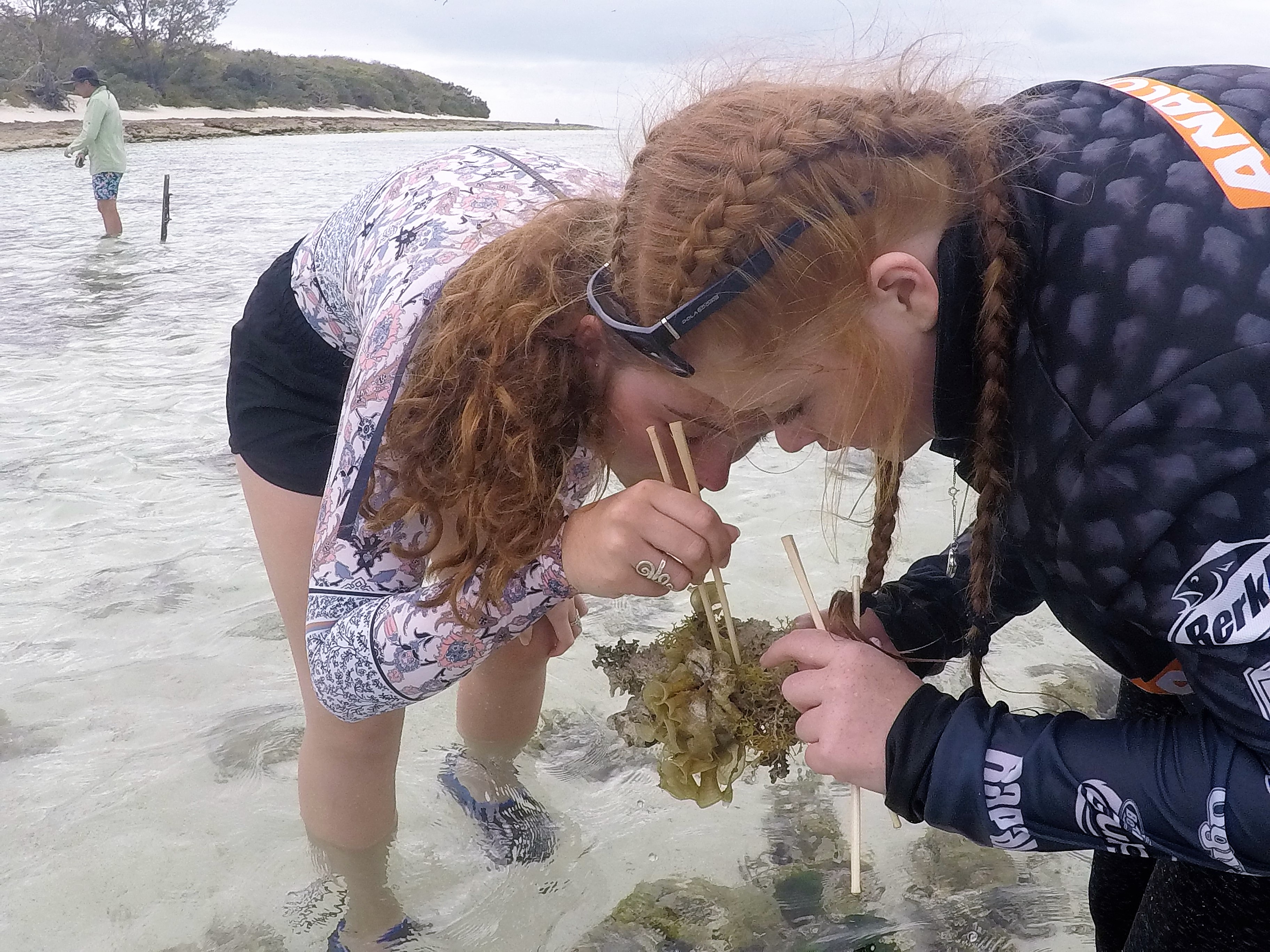 TSSHS teacher, Ms Gabby Gilmore said the experience was based at the University of Queensland’s Heron Island Research Station. After travelling to the island, the students spent their time learning about a variety of different tasks the researchers based at the station perform. On the first morning, the students met with Deputy Manager/Scientific Officer of the station, Abbie Taylor, Project Officer of the Research Facilities Team Phoebe Baldwin and Scientific Officer, Sam Morrison. The group taught the students how to perform three different coral diversity and abundance transects which the students completed at low tide.

“Following this, we were given an incredible talk from Abbie about the history of the island and the amazing critters that live here. The Research stations ‘touch tank’ was a hit with the students. Who knew the defence mechanism of sea cucumbers was to expel their internal organs in the hope that the predator will be satisfied with that snack, and the cucumber can go on its merry way!” Ms Gilmore said.

On the second day, staff and students were taught the techniques of sediment collection for an analysis of coral cay formations; crab collecting techniques for crab diet and morphology investigations; and plankton trawling for a plankton diversity test.

“All students explored the nooks and crannies of the coral formations to collect different crab species and sediment samples for further analysis in the lab,” Ms Gilmore said. “Upon our return, the students used identification keys to determine the crab species, and Abbie talked them through a diet and morphology activity to hypothesise how and what each crab eats. The sediment samples were dried in the oven and sieved using a ‘sieve shaker’ into six different grain sizes; this allowed the students to gain an understanding of wave action and coral cay formations.”

Students analysed the plankton they had collected at low and high tide to appreciate the microscopic diversity in the ocean. After some downtime, the students experienced a talk from PhD student Coulson Lantz (Southern Cross University). Coulson’s area of study is in sedimentation, sand morphology and the unique and significant role sand plays in respiration and photosynthesis in coral reefs. His talk was very inspiring for the students providing an insight into life as a researcher.

The students also spent time snorkelling around the island and took the opportunity to travel to the edge of the Great Barrier Reef for more exploring. Ms Gilmore said the students were amazed by the array of animals and the diversity of coral they could see. Other research activities included a crab faecal analysis test where students gained an understanding into the diets of crabs and their hypothesis from the day before were tested.

Before departing the Island, the students enjoyed one last unique experience, the highly awaited night snorkel which took the students out to the HMAS Protector wreck (1884) at night! Students were fitted with glow sticks for identification and torches to navigate their way. A number of turtles and sharks swam by, and the students viewed a colourful array of coral which could be seen when illuminated with a fluorescent light. Ms Gilmore thanked both ConocoPhillips and the University of Queensland for providing the unique opportunity to the staff and students at the school.