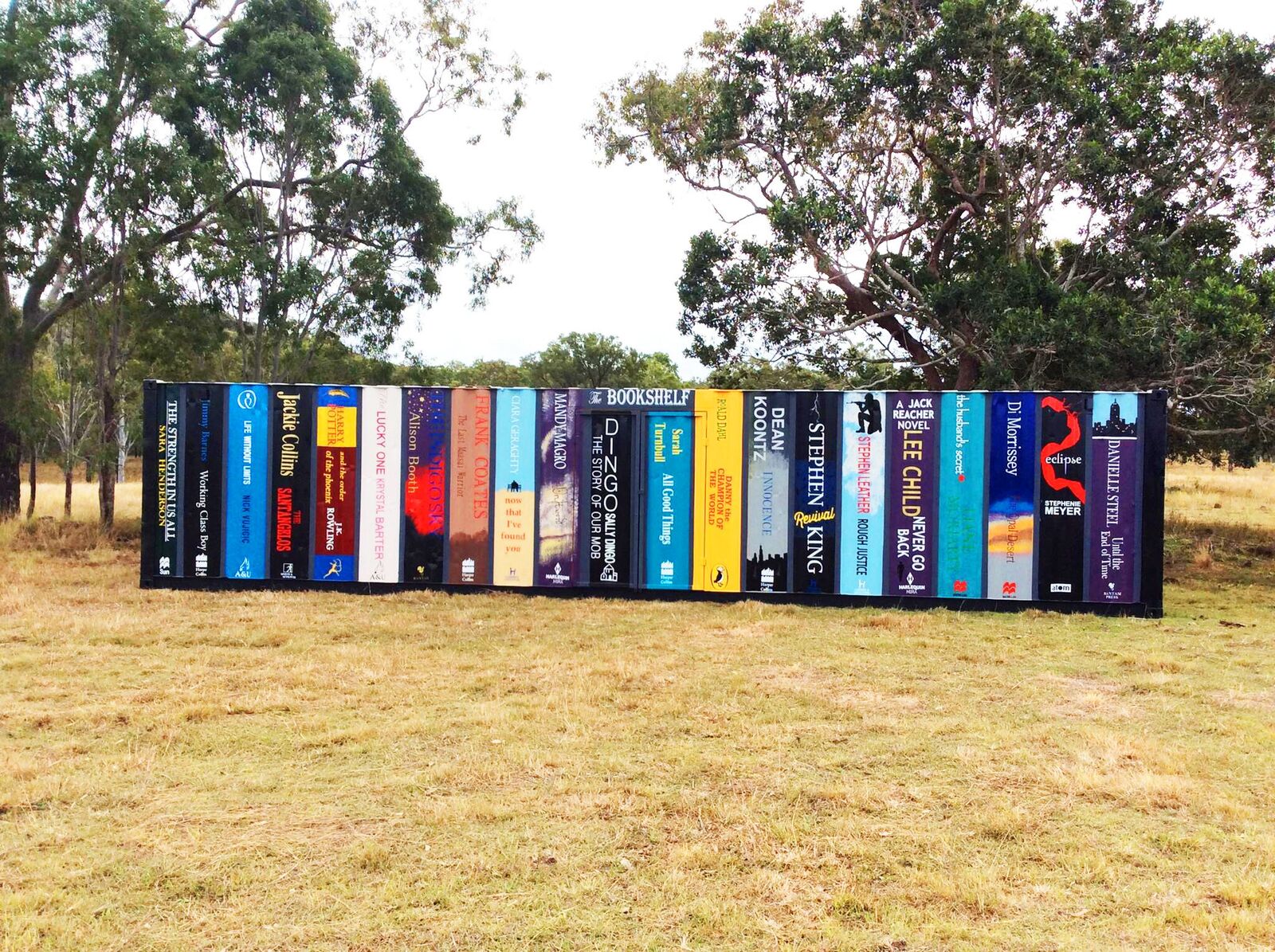 A huge bookshelf has appeared in a paddock in Turkey Beach.

No, this isn’t a scenario from The Chronicles of Narnia, the Turkey Beach Bookshelf Community Library is definitely a reality.

“The people in the community have been saying that they’d like something to do.” Amanda Turner, who is establishing the community library. “Our closest libraries are Tannum Sands and Miriam Vale,” she said.

“I had some books and my husband had a container, and it all just came about that we decided to start putting some things together,” she said.

“It’s a forty-foot shipping container. My friend and I decided we needed to paint a mural on it so we did a big mural of books, so if you were driving past it looks like the books were standing in the paddock.”

Amanda and her friend Annette Cella, both school teachers in Miriam Vale, have been cleaning and cataloguing the books in preparation for the very striking library’s opening on October 28th.

“It’s going to be a proper library system where you’ll get a library card and the books have all got barcodes,” Amanda said.

The pair thought of simply establishing a book exchange in the container but were mindful of the quality of the books, which were all donated.

“I think people will take it a bit more seriously if they’re formally borrowing the book, and it will encourage people to come back.”

“We’re putting out proper garden benches and maybe eventually we can get a coffee van out here; people can bring their kids. It’s just taken on a life of its own,” she said.