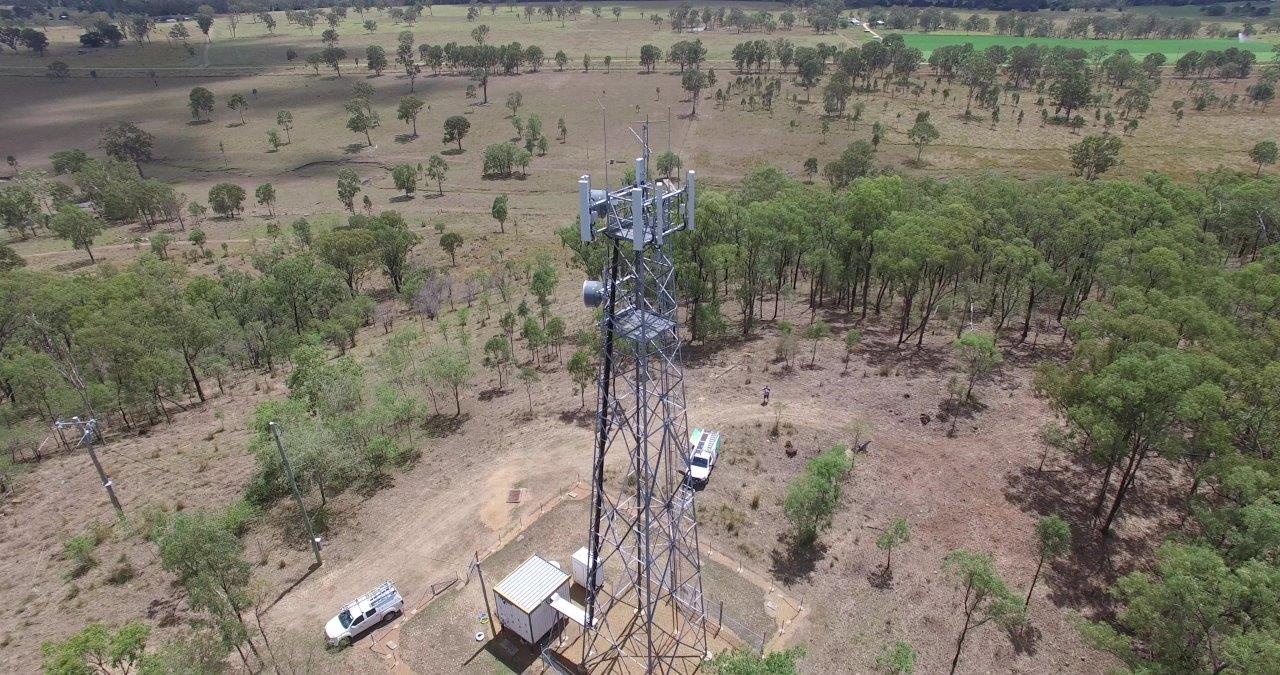 Posted at 16:20h in News, Top Stories by Karina 0 Comments

Mobile phones have been a-buzz in pockets throughout the Boyne Valley since the first mobile base station at Ubobo has been switched on. Communications has long been an issue in the valley and after considerable advocacy, local member, Ken O’Dowd, secured funding for the tower under the federal government’s Mobile Black Spot Programme (MBSP).

Residents and visitors in Ubobo, in the Boyne Valley, will be able to connect with loved ones on Australia’s largest mobile network for the first time this Christmas, with Telstra activating a new mobile base station in the region overnight.

Mr O’Dowd said he was thrilled to hear the tower is transmitting throughout the valley after such a long battle.

“We had been hoping to get it online before Christmas but nothing is ever done until it’s done.

“This has been a ‘pet project’ for me for some time with a few wins and losses along the way.

“Both the community and I fought hard to get it considered for the MBSP and we were over the moon when it was funded. The problem then was that it was one of 499 first round towers announced and – unfortunately – they don’t all get built at the same time.”

The Ubobo tower was scheduled for a late 2018 construction however through Mr O’Dowd’s strong advocacy, Telstra decided to ‘fast-track’ construction.

“We were all disheartened when we saw ‘2018’ but I’m sure all concerned will be happy with this result, I know I am.”

Expanding coverage to the region ensures locals can keep in contact with family and friends and run their businesses more effectively, whether it’s chatting on the phone or using a range of services. The mobile base station at Ubobo is in optimisation phase so customers may notice some variations to coverage and performance over the next few weeks.

Ken said “While residents will be excited by this news, I have to remind them that while the tower is being setup, service will be intermittent and unreliable for a while; I’m looking forward to the tower entering full service soon.”

’The Australian Government’s Mobile Black Spot Programme has announced three rounds of new base stations to date, an investment of $220 million, twenty-four of which will be located in Mr O’Dowd’s Flynn electorate.

Telstra’s rollout of the Mobile Black Spot Program involves co-investment of more than $486 million in regional and rural Australia, with $228 million from Telstra, $134 million from the Federal Government and tens of millions in additional funding from the Queensland Government, other State Governments and Local Councils.