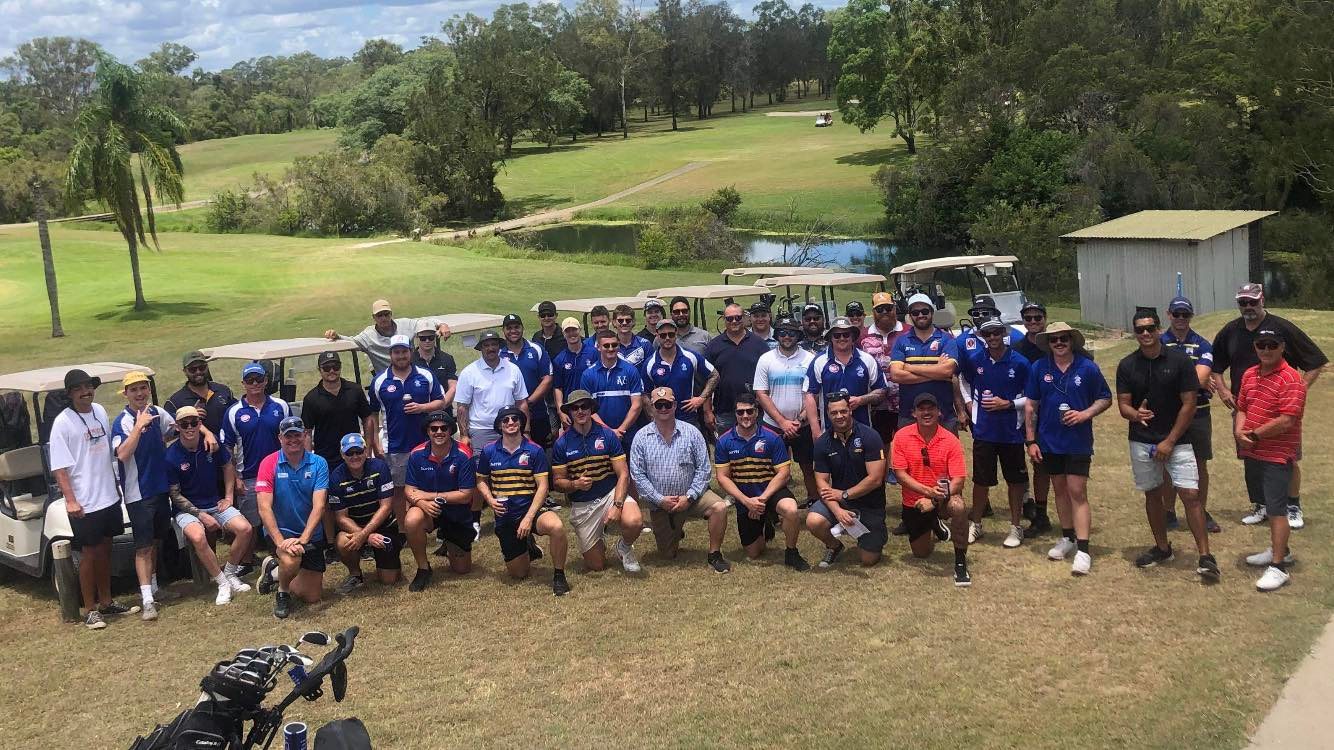 Valleys Committee Member Jed Griffiths said with so many Diehards playing union for GRUFC Goats during the pandemic, they thought it was “a great opportunity to bring both clubs closer together”.

“The day is a great way to get all the players together before our seasons start, and all the funds get split to help both clubs kick start the year,” he said.

With everything from experienced golfers to first-timers teeing up at the event, Jed said the golf was a lot closer than expected.

“Most teams hit between 37 and 42, except one team but I’ll save them the embarrassment and won’t name them,” he said.

“We then roll two dice as a handicap, and minus their roll off the score, and the Gladstone Goannas rolled an 11 and took out the top prize.

“The most important thing is they were a Valleys Team, and thoroughly deserved the win.

“A big thank you to our sponsors and local businesses, including Platinum Electricians, Rocky Glenn Hotel, Ampol, Battery World, Ban Thai Restaurant and Complete Angler for donating prizes for the day.”

Valleys have been in a strong place for a few years, with a mixture of young talent and experienced players, but Gladstone being a shift work town means they’re always on the lookout for new players.

“We’re going for a third straight Premiership in 2022, and there’s a special buzz around the playing group at the moment,” Jed said.

“But it has been a very big effort by the whole organisation, Juniors and Seniors, to get us going in the right direction.

“A big shout out to all our volunteers, we couldn’t do any of it without those who put all the hard work in week after week.”