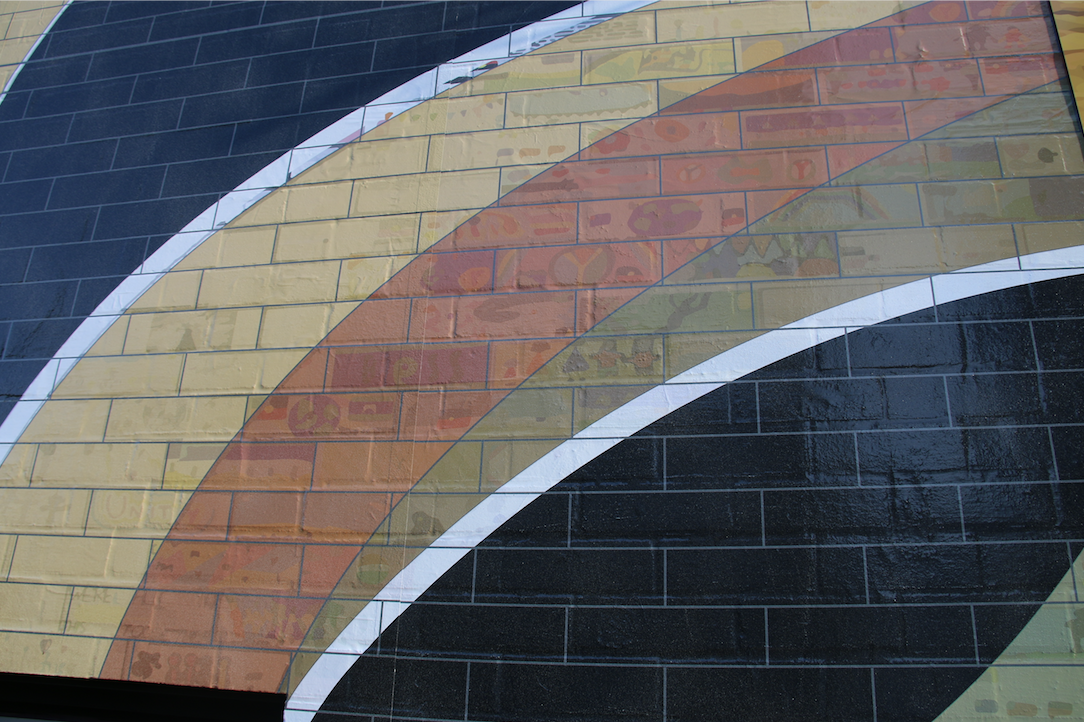 An Insta-worthy set of wings, more than 600 individual art pieces celebrating diversity and a savvy Goondoon Street business have brought a ‘laneway’ feel to the Gladstone CBD.

Hayley Pinel, owner of Über Hair grasped an opportunity to give her exterior wall a facelift and promote community and social inclusion at the same time when she met Elmira Esfahani at a meeting of CBD traders to discuss beautifying Goondoon street:

“Seven years ago, we had street artists come up from Brisbane and paint a large graffiti mural on our outside wall,” Hayley said, indicating the Roseberry Street-facing and back carpark wall of her long-established hair salon,

“But she was looking a bit tired and she definitely needed a facelift.”

Elmira has a design background and working together with Gladstone Youth for Cultural Diversity, she became the project officer and designer of the Unity Bricks project, who created the wall.

“She worked together with us to create a design that fit in with the business but also incorporated so many beautiful things with the youth groups as well,” Hayley said.

The wall is made up of more than 600 brick-size artworks, each an individual drawing, painting, photograph or quote from individual community members contributing via several community partners including Gladstone Communities for Children, Roseberry, CQUniversity and Welcoming Intercultural Neighbours (WIN):

“From far away there is a large design but if you look closer, each brick is designed by an individual from the Gladstone community; Eighty percent of the bricks were done by youth,” Elmira said

Project participant Ysabella Cassandra Giori said the theme of each brick “what do cultural diversity and community unity mean to you” was reflected in her experience taking part in the project:

“A lot of the drawings represented friendship and happiness and maybe that’s what we need for cultural diversity: not just to see people with happy faces from different cultures but to be with them, and this project brought us all together,” she said. 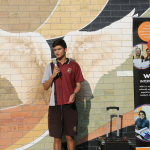 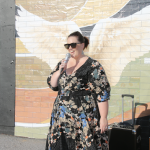 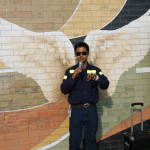 Chris Doring from Gladstone Youth for Cultural Diversity, one of more than 600 participants in the Unity Bricks project