What the Fat? Nutrition Revolution Explained at Local Event 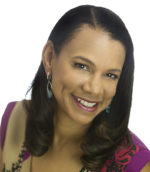 27 Jul What the Fat? Nutrition Revolution Explained at Local Event

Posted at 14:51h in Food, Health, Lifestyle, Local, What's on by News 0 Comments

After the visit of the Gut Man, Don Chisholm last week, another local event and initiative are likely to spark discussion about new directions and research on nutrition.

Karen Soane has organised the “Low Carb CQ: Join the Nutrition Revolution” being held in Gladstone on August 5.

With her interest in healthier eating starting when her father was diagnosed with type-2 diabetes, Karen said the topics included in the conference will include the science around insulin and nutritional intervention.

She has arranged guest speakers from Gladstone including local yogi Salt Power Yoga’s Paul Charalambous, who is hosting the conference at his Auckland Street studio, and from further afield including New Zealand.

Best-selling author of What the Fat?, Grant Schofield is a professor of public health and director of the Human Potential Centre at Auckland University of Technology.

Christine Cronau, LCHF (low carb high fat) nutritionist and best-selling author of “Bring Back the Fat” will be speaking on how to turn your body into a ‘fat-burning machine’ while a diverse range of medical and paramedical professionals will speak on chiropractic, psychological, physiological and nutritional ways to improve your health and avoid disease including ketogenic, LCHF and intermittent fasting eating plans.

Currently the philosophy behind medical training at the Monash University medical school, ESSENCE is an acronym for Education, Stress management, Spirituality, Exercise, Nutrition, Connectedness and Environment

For tickets and information go to christineconau.com/events