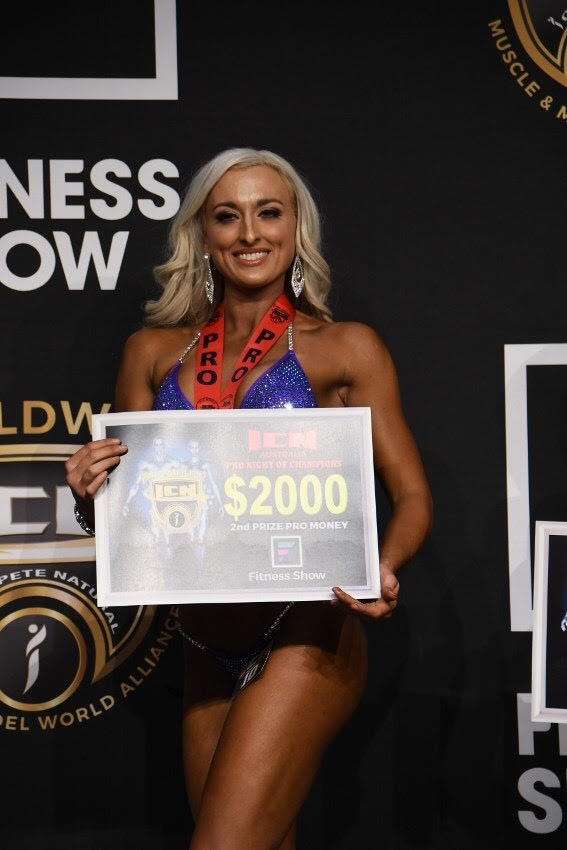 Whitney-Rae Freyling told Gladstone News that she “sold her soul” when it came down to how intense her training was for the ICN World Championships. 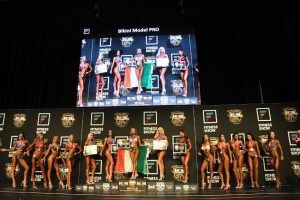 “I always train really hard, but for the championship I was doing intense training for ten to twelve weeks with two to three hours of training per day.”

Whitney’s journey to the championship was especially challenging after suffering a torn gluteus medius during her training earlier this year. Advised by her coach not to continue for the championship, she was determined to make it after undergoing emergency surgery last year which left her unable to compete.

“After all the money and training I had put into last year, I was determined to make it this year. The injury forced me to be creative with my training, but being a personal trainer, I was aware of what I could do to continue training safely,” she said.

Despite her setbacks, Whitney made it to the ICN World Championships and scored an incredible second place!

She reminds us that “people often want a quick fix, but the human body takes longer to change than most people expect, so having a strong mindset is the key to success regardless of whether your goal is to compete in a pageant or just to become a little more fit.”

Whitney believes that no matter who you are, accountability is key when it comes to reaching any goals in life, “you have to be accountable to someone otherwise it becomes another new year’s goal that doesn’t go ahead.” She recommends a strong support network and to voice your goal to loved ones, so they understand what you’re doing and how important it is to you.

Whitney also runs boot camps where she sees clients of all ages and levels of fitness gain the benefit of completing the course, “as soon as they start eating better, drinking more water and exercising three times a week they have heaps more energy – at first they do feel a little tired but it quickly turns into better sleep and digestion, better hormone balance, and of course it provides noticeable stress relief.”

Whitney says the motto she lives by is “be patient, put the work in and your mindset is everything.”