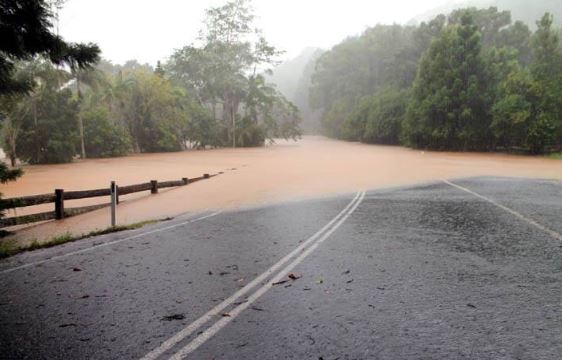 29 May Boyne Valley boosted with May roadworks program

“Cattle and logging transport had to detour up to six hours for every trip while the repairs were underway on the landslip,” he said.

“Over the past three months, more than 1,800 tonnes of material was brought in to reinstate the range.”

Mr Butcher said the project team learned from the experience of rebuilding the Mount Morgan Range after Cyclone Marcia, to help finish the Gladstone-Monto Road repairs in just three months.

He added that the Dawes Range re-opening was not the end of the road for planned upgrades in the Boyne Valley either.

Maintenance work at Marble and Decalgil Creek on Gladstone-Monto Road is expected to be completed soon.

Side-tracks were being constructed at the creek crossings to minimise delays for motorists during the maintenance works.

Eligible reconstruction works on the Dawes Range are being jointly funded under the Commonwealth and Queensland Government’s Natural Disaster Relief and Recovery Arrangements.

For up-to-date information on roadworks and road conditions, visit qldtraffic.qld.gov.au