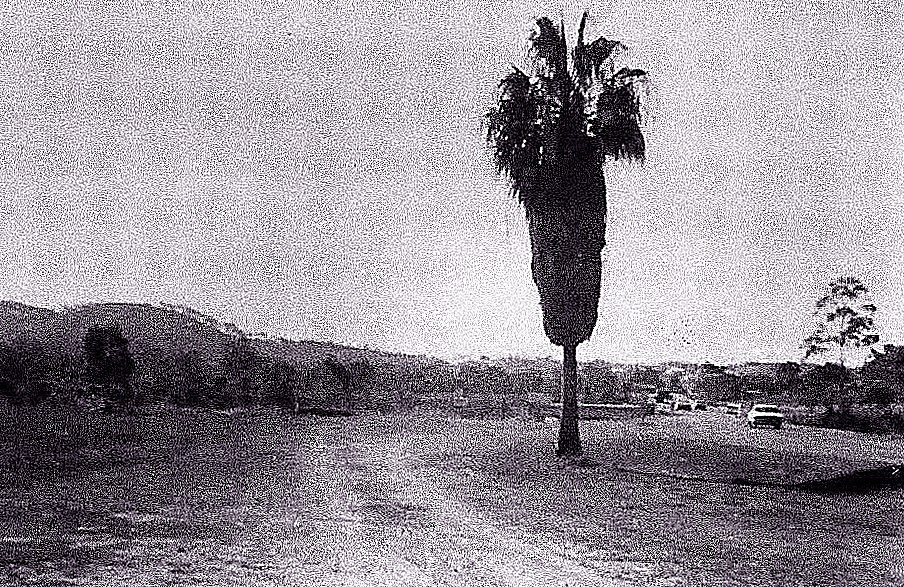 The lone palm tree, near the site where the Clinton Hotel was built. In August 1877, Laurens Janson bought a small parcel of land on the western side of Police Creek Crossing with the intention of taking up farming at Clinton. Laurens had a cottage built between Police and Briffney Creeks and they named it “Clinton Cottage”. To build up his acreage Laurens was keen to buy other pieces of land in this area and bought a portion that took in the Animal Pound and the Clinton Hotel. Laurens was appointed as Pound Keeper for the District of Gladstone and, in October 1877, he took over the license of the Clinton Hotel. The Clinton Hotel was situated very close to the eastern runway of the Gladstone airport next to Briffney Creek and before the roundabout when driving from the city centre west. Records point to the fact that Joseph Wilson was the founder, owner and license holder of the Clinton Hotel in 1867. Wilson was one of the first six members of the Gladstone’s first municipality elected in April 1863.  It appears that he sold to John McLean Bruce in 1875 and Laurens Janson bought from Bruce a couple of years later. Captain Janson proceeded to buy more land at Clinton to enlarge his farm and many members of the family worked at the Clinton Hotel.