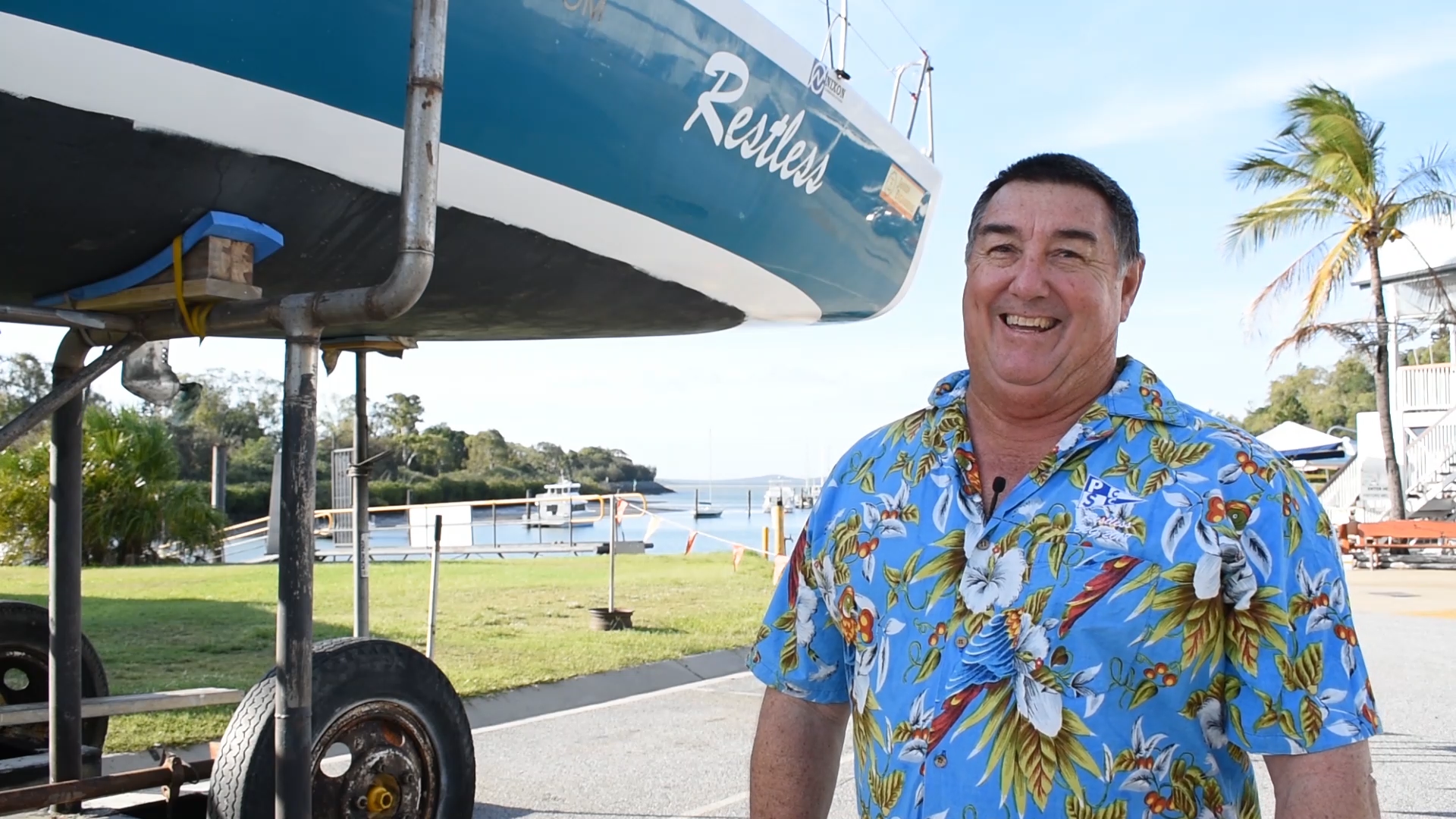 Gladstone is cheering on two local yacht racing celebrities who are making a 300 nautical mile journey with their crews to the Brisbane to Gladstone race start line.

The skippers of the locally celebrated yachts, Wistari’s Scott Patrick and John Ibell who is at the helm of Restless, are the only two Gladstone crews in this year’s race.

Restless departed for Brisbane on Friday morning while Wistari will set sail this Saturday, ready for race day on April 2 – the journey, taking them between 3 to 6 days with overnight stops.

The iconic event comes after GPC picked up the baton as the official naming right sponsor to the event to help it set sail for the next three years.

This year Queenslanders will celebrate the 73rd anniversary of the race after the event took a hiatus in 2020 due to COVID-19 restrictions.

Wistari’s history dates back to 1965 and was built by Scott Patrick’s father Neil Patrick in their suburban backyard in Gladstone.

“Gladstone only had 3,000 people when she was first launched and every one of them came out to watch the launch,” Mr Patrick said.

“I don’t think dad expected her to last this long… I think he expected a maximum of 25 years of life out of her.

This year will mark Wistari’s 51st race in the Brisbane to Gladstone.

“I’m looking forward to this after a bit of a break,” Mr Patrick said.

For skipper John Ibell, his sailing roots run deep in Gladstone with his grandfather helping build the yacht club in 1949 – one year after the first Brisbane to Gladstone race.

This year will be the sixth race for Restless.