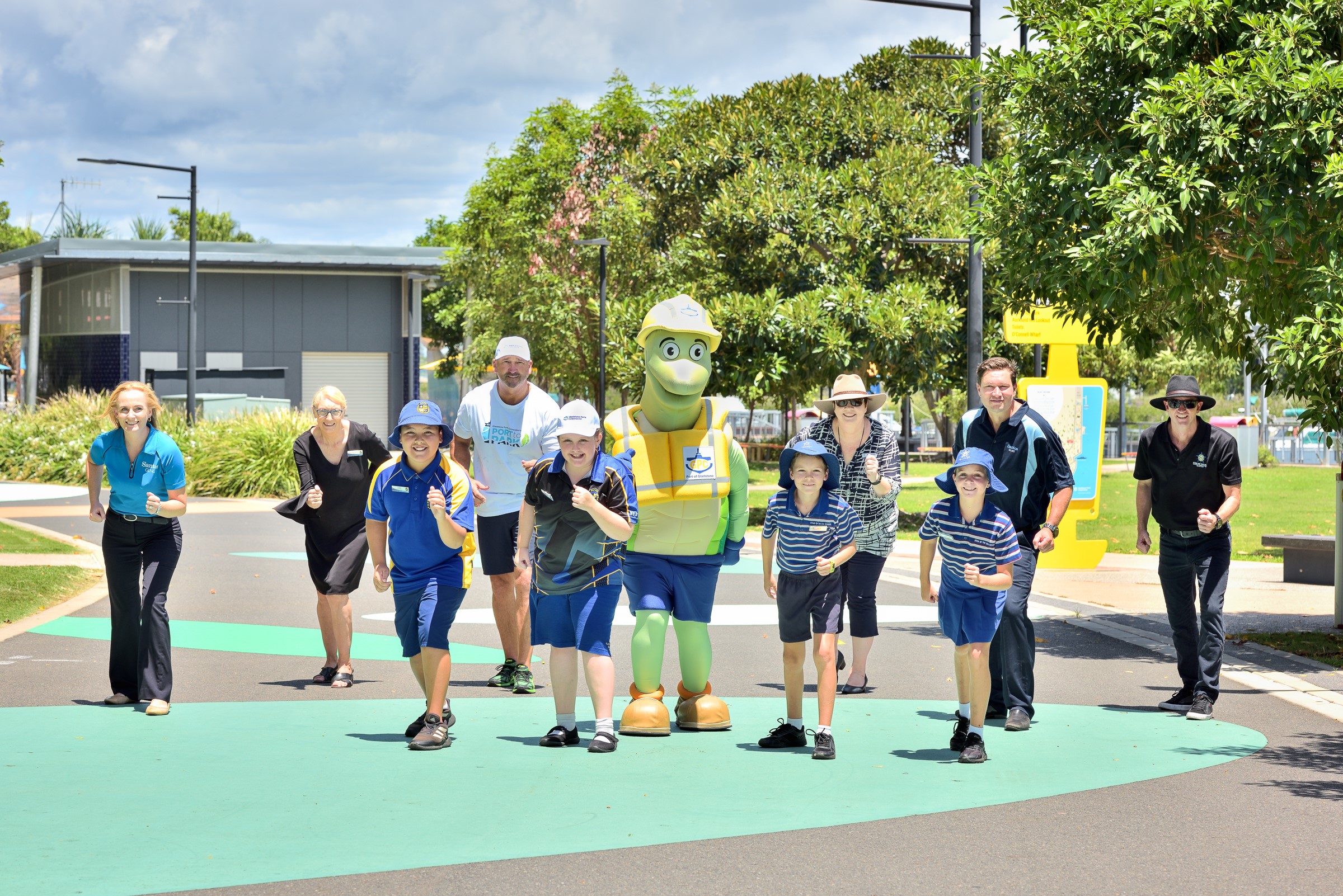 The Port City’s favourite fun run is back for 2021, with Gladstone Ports Corporation (GPC) unveiling its new-look community event – The Port to Park FunD Run.

The event has hit the ground running with platinum sponsor Santos GLNG coming on board to help GPC drive the new event.

GPC’s FunD run initiative, previously known as the Botanic to Bridge, has raised more than $240,000 for local schools since its inception and injected $415,000 into the Gladstone community since 2010.

The new name, Port to Park also showcases two brand new course routes and an event t-shirt, which will be unveiled soon.

There will be two race events for participants to choose from including the 9-kilometre Koongo Dash and the 4-kilometre Yallarm Family Run.

Both race names recognise the language of the Traditional Owners of the land – the Bailai and Gooreng Gooreng nations.

Through the Port to Park FunD Run, GPC will support a local community group with $20,000 to assist them with a major community project.

The event will also get kids moving and support schools with every school registration raising funds for new sporting equipment and resources.

“We’ve been looking forward to revealing the event name to the public and we know it’ll be a big one to look forward to on the community calendar for 2021,” Mr Walker said.

“Port to Park is a fantastic way to celebrate our new East Shores 1B development which the community has embraced since it opened last August,” he said.

“At GPC, we have a proud history of creating and facilitating prosperity for our communities.

“After a highly successful 10th anniversary of our Botanic to Bridge FunD Run in 2019 and a one-year hiatus due to COVID-19 in 2020, it was time for us to review the fun run and ensure its success and sustainability into the future.

“We went out to our past sponsors and previous participants with the new concept and were excited to receive overwhelming support for the changed course and name. We look forward to facilitating a successful Port to Park FunD Run for the next 10 years.”

Executive General Manager People and Community Rowen Winsor said the fun run was a great way to promote healthy lifestyles and give back to the community.

“GPC’s Port to Park FunD Run is an event for all ages and abilities designed to encourage people to get active while GPC supports and enhances the local community in which we operate,” Ms Winsor said.

“The money goes towards funding their projects and improving the Gladstone region.

“We’ve been working hard behind the scenes and we know locals will embrace Port to Park – whether you walk, run, jog or skip we can’t wait to see you on race day!”

Applications for the 2021 community beneficiary will open later in the year while event registrations will open in May 2021.