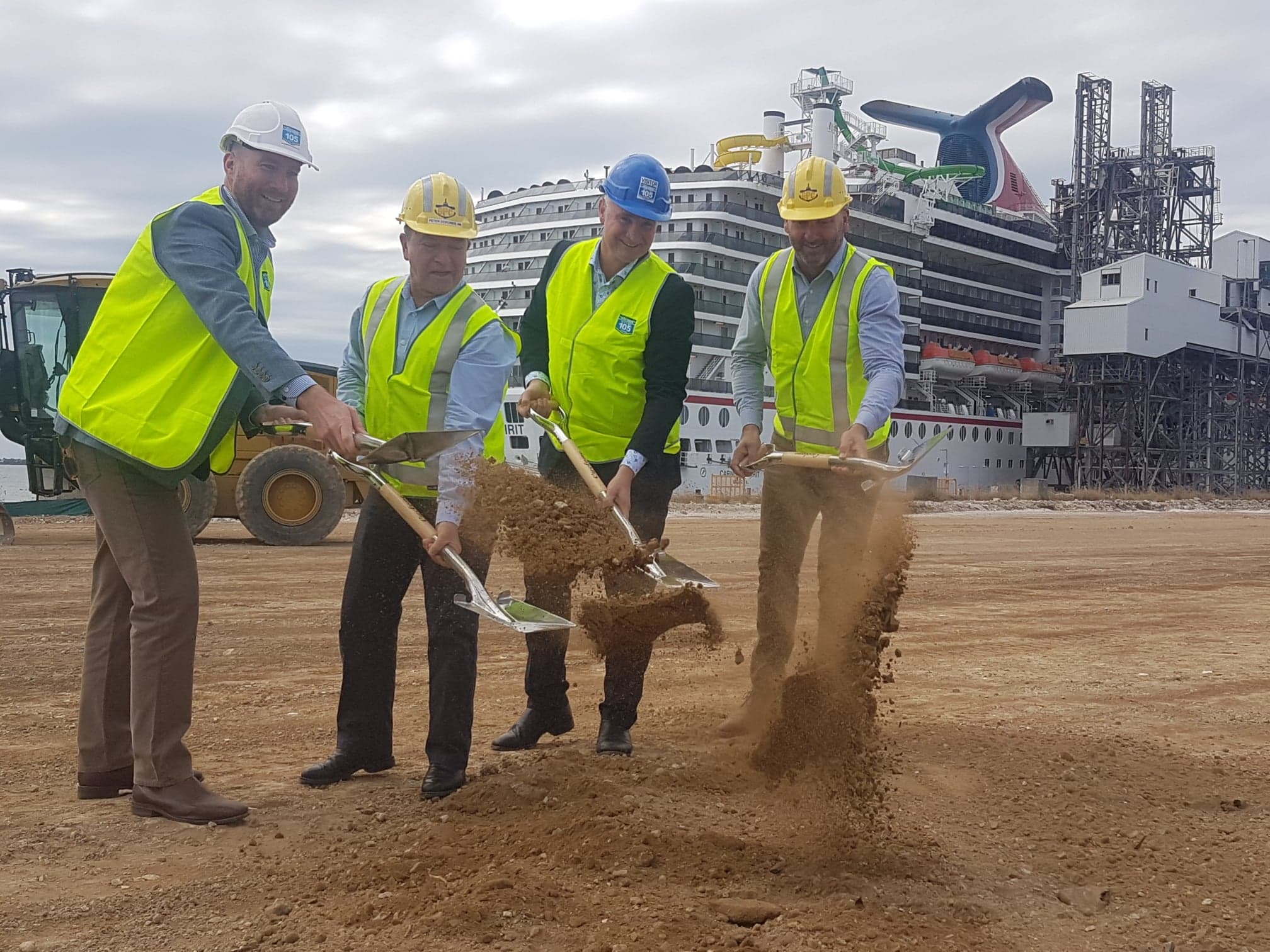 With the first official turn of soil at the East Shores Stage 1B development recently, Gladstone residents can look forward to enjoying the new recreational space in time for Easter 2020!

Queensland based construction company, Hutchinson Builders was announced as the principal contractor in early June, and now with the site clear, the building can begin.

The East Shores Stage 1B Development will complement the existing East Shores Stage 1A Development, with the new site creating an entertainment and tourism hub for Gladstone. The site will include a cruise passenger interface, waterfront café and amphitheatre and is anticipated to generate more than 300 jobs during its construction phase.

Mr Fryer thanked the management of GPC for entrusting Hutchinson Builders with the construction of the second stage of the key infrastructure project. “It will be such a wonderful precinct that will eventually be linked right through to town with fabulous parklands,” Mr Fryer said.

Hutchinson Builders were involved in the construction of Stage 1A of the East Shores development, and Mr Fryer said that the company’s involvement in Stage 1B would allow the firm to bring some of their workers home to Gladstone to help complete the second stage.

“The project will support at least 300 jobs both directly on site and indirectly through our support of local businesses. We have also employed a new apprentice on site who will be learning his trade off our site manager Gary,” Mr Fryer explained.

Mr Fryer explained that the project would begin with workers undertaking ground works and laying services infrastructure. “In a couple of months, you will start to see the superstructures of the café and amphitheatre begin to take shape,” he continued. “There will be some carpentry works happening toward the tail end of the project, and then there will be a massive landscaping undertaking toward the end.”

Hutchinson Builders have set up a project specific email for enquiries relating to job prospects and any general inquiries about the project – Gladstone.Eastshores1B@hutchinsonbuilders.com.au