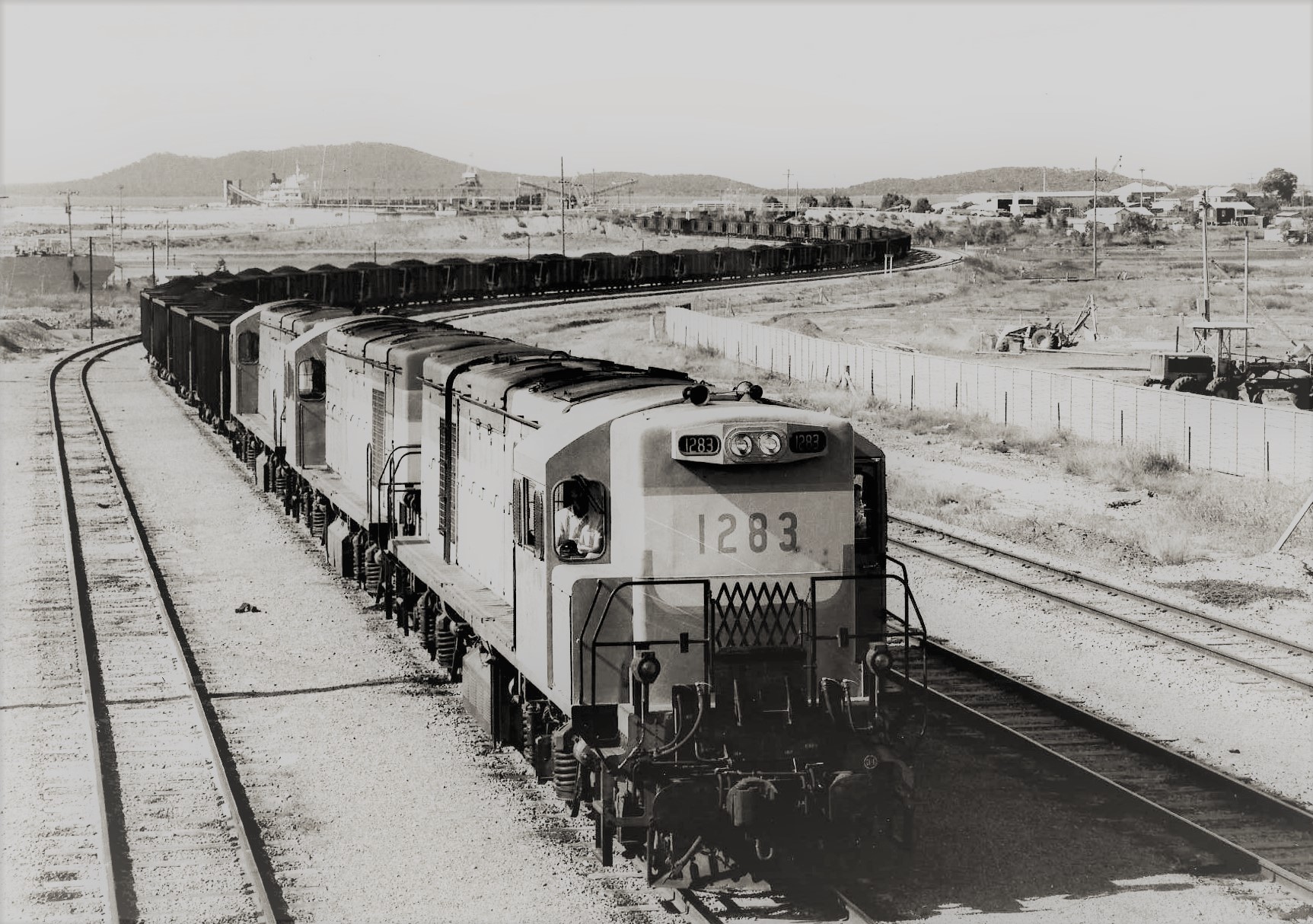 By 1954, Thiess Bros (Q’ld) Pty Ltd were pursuing new coal markets by opening the Moura-Kianga area and their aim was to have their own coal wharf. In the early 1960s, Thiess Brothers had formed an amalgamation with two huge coal companies, namely Peabody of America and Mitsui of Japan. In co-operation with the Queensland Government, a direct rail link from Gladstone to Moura was eventually constructed. The Gladstone Harbour Board took on the large task of levelling the hill at Barney Point, which took away tons of solid rock. They then built a wharf and reclaimed eighteen acres of previously tidal land to stockpile the coal. This wharf was also used for Murphyores.

The short line to Moura was officially opened on the weekend of 9th and 10th March 1968, along with the stockpiling and handling facility at Barney Point provided by Thiess-Peabody-Mitsui. About three hundred guests accepted the invitation and the Gladstone Harbour Board entertained them at a luncheon provided by the management and staff of the Queens Hotel. Later, the Honourable Gordon Chalk MLA (later Sir Gordon Chalk) officially opened the Moura line at a function held at Barney Point and a plaque, affixed to a concrete column, was unveiled. An evening dinner was held at the Queens Hotel and the Queensland Government provided for the guests. The Gladstone Town Council catered for the overflow in the Town Hall. A special air-conditioned train excursion was arranged on the Sunday for the express purpose of allowing the citizens of Gladstone to travel to Moura to see the giant excavator, the Marion Walking Dragline. This machine works on stripping off the overburden.