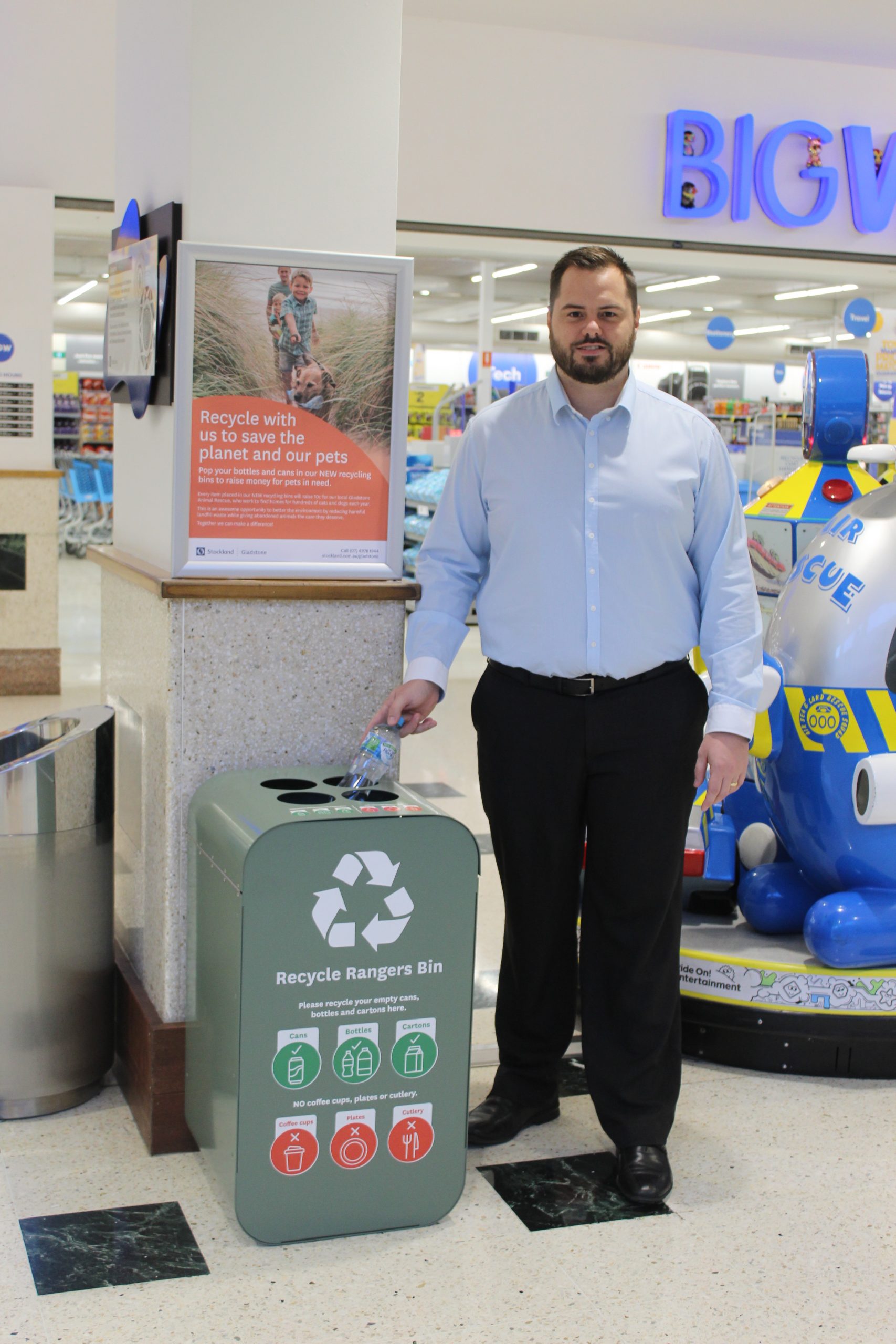 Stockland Gladstone has launched a new recycling program which aims to minimise waste at the centre, while also supporting local Gladstone Animal Rescue Group through the proceeds collected.

Luke Murphy, Facilities Manager at Stockland Gladstone, said: “The intention is to make it easier and to encourage customers who are dining in to put their recyclables into our new designated bins, rather than general waste.

“Together, we can divert an estimated 121,500 recyclable bottles from landfill each year.”

In July 2018, the Queensland Government introduced Containers for Change, where eligible containers can be deposited at approved collection points for 10 cents per item.

“As part of the Government’s scheme, we can receive a refund for most aluminum, glass, plastic, steel and liquid paperboard beverage containers between 150ml and 3L, and we’ll be donating that money received to the Gladstone Animal Rescue Group,” Mr Murphy said.

“Coffee cups are not recyclable, so please place those in the waste bins.”

Judy Whicker, President of Gladstone Animal Rescue Group, said that the current COVID-19 situation is limiting most charities and organisations from major fundraising, so they were thrilled to be the chosen recipient for this initiative.

“Funds raised will assist our group in saving more animals, not only from the pound, but also those that are surrendered to us,” she said.

“Money raised will go towards much needed food, cat litter, vet products and desexing and microchipping.”

The program will run indefinitely, with bins placed outside of Big W, Guzman Y Gomez, Ichimaki and Jamaica Blue.