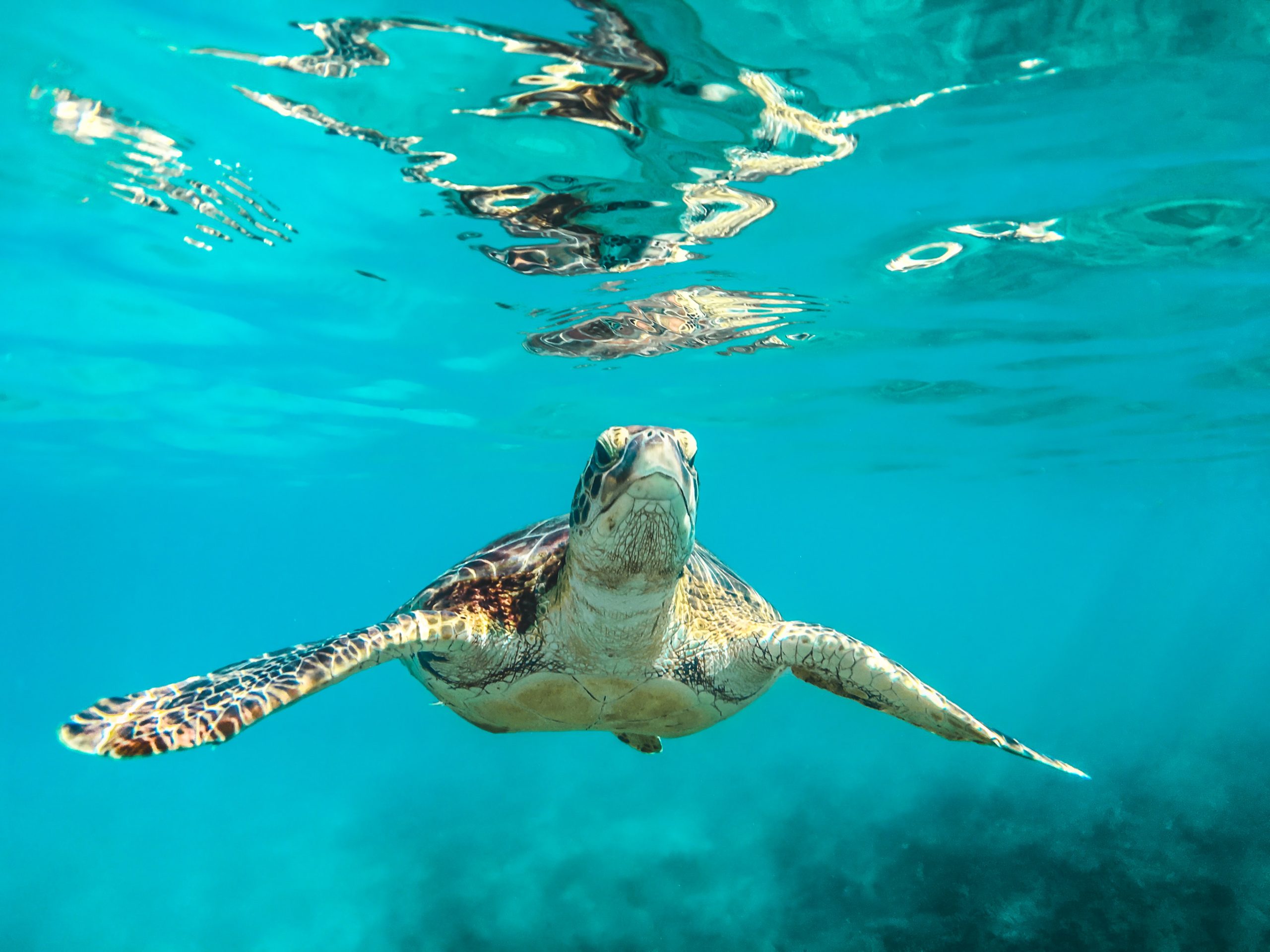 From October to March, Marine turtles’ come ashore to nest on sandy beaches throughout the region. The Gladstone Region is home to four of the world’s seven species of marine turtle: the Green Turtle, Flatback Turtle, Loggerhead Turtle and Leatherback Turtle. A female turtle can be aged 30-50 years before she begins to breed and may only breed once every two to eight years.

Nesting turtles may be encountered at night while they come ashore to lay their eggs. If you come across a turtle on the beach, be respectful and be patient, nesting turtles are timid and easily disturbed. Turn off any lights, do not use a camera flash, and give them plenty of space to complete the egg laying ritual. Once she has finished laying, stay out of her way as she returns to the ocean. The entire nesting process can take several hours.

Evidence of turtle nesting can also be observed during the day. Each species of turtle leaves unique tracks in the sand as they make their way across the beach. Early morning is the best time to see these tracks as they deteriorate over time.

If you observe turtle tracks or a nesting turtle, please report your sighting to the relevant group so it can be captured as important data to inform turtle conservation.

• In the Boyne Island, Tannum Sands and Gladstone Harbour area – report to the Fitzroy Basin Association via their website at www.fba.org.au/marine-turtle-season-report-a-sighting/
• In the Agnes Water, from 1770 Headland to Springs Beach area – report to the Discovery Coast Environment Group on 0439 289 633.

If you observe a sick, injured or dead turtle, or other marine wildlife, report to the QLD Government Wildlife Hotline on 1300 130 372.