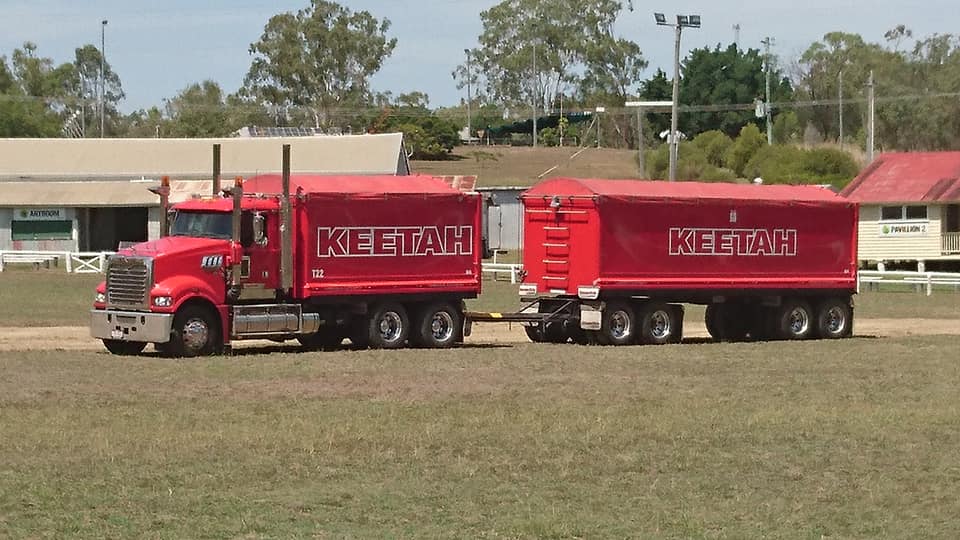 The best agricultural show in Central Queensland is going to be even better this year thanks to an upgrade of the Mt Larcom & District Show Society main ring. The grounds have now been top dressed, aerated and fertilised and just in time for the 2019 show.

Mick Wallace, Mt Larcom Show Society President said the upgrade was completed thanks to the help of many businesses in the Gladstone Region.

“We now have a ring that is a great improvement from what we had,” he added. Mr Wallace said he had received great feedback about the centre ring and the show society hopes to attract more nominations for show jumping and dressage events at this year’s show.

The show society received assistance from many local organisations to coordinate the infrastructure project. Mr Wallace said Cement Australia had supplied the sand for top dressing at a heavily reduced rate. “The sand was delivered to the site thanks to Keetah, Cement Australia’s transport contractor and then we had Michael Newton from Bay Turf Gladstone who helped us out with aerating and fertilising the field. We received a grant from Gladstone Ports Corporation to purchase an irrigator to help with watering and Total Eden assisted with adding additional water points,” Mr Wallace explained.

Mr Wallace said the show society had proudly kept everything local, and without the great support received from these local businesses, the centre ring upgrade would not have been possible.