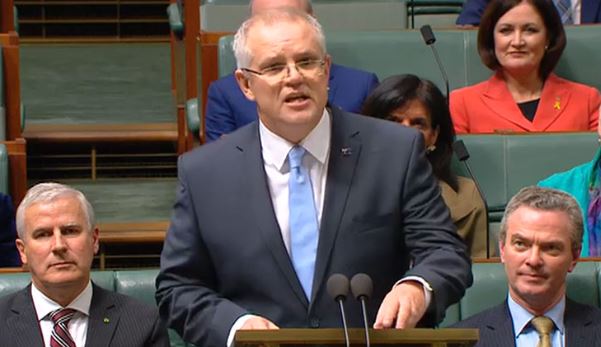 The day after the release of Scott Morrison’s third Federal Budget, our local member for Flynn Ken O’Dowd says there’s a lot to be happy about in the financial statement for the people of Flynn, in terms of the continuation of existing initiatives we like, and tax breaks for a large majority of  low to middle-income earners:

“Our budget will return the budget to balance by 2019/20, one year ahead of schedule,” he said.

“Half of my entire electorate of Flynn will be better off from our Government’s responsible tax relief.”

“That’s why it must be passed now so our working families can continue to see the benefits of our Government’s responsible budget management.”

Mr O’Dowd said the retention of the Better Regions and Stronger Communities programs were also great for Flynn.

Projects funded by Better Regions in Flynn include the Philip Street Community precinct and the CQ Driver Education Facility at Benaraby which opened last week.

“Something I was also particularly happy to see is that the funding for school chaplaincy programs has been locked in forever and a day,” he said.

“That’s very timely considering the issues we’re facing with bullying, one in five children in Australia say they were bullied last year,” he said.

O’Dowd applauded extensive initiatives in aged care, supporting the funding of more in-home care packages where elderly residents can choose to stay in their own homes with different levels of support:

“Another 20 000 places for home care and we will definitely benefit from that in Flynn, because we are lacking sufficient out-of-home in-care aged facilities,” he said.

“What this offers our electorate isn’t only bricks-and-mortar development but also the home care places needed to enable our elderly residents to remain in their own homes longer if they wish.”

“There are tax incentives for most people and they’re going to get better as time goes on as the tax system realigns,” Mr O’Dowd said.

“The tax advantages will come over three stages, the first will be for the low- to middle income earners so someone with a salary of $48,000 per annum will be $530 better off under the plan,” he said.

“Eventually you’ll be able to keep more of the money you earn in your pocket,” he said. “Pensioners will also be able to earn a little more before it affects their pension.”

Mr O’Dowd said voters’ concerns about funding the National Disability Insurance Scheme with an 0.05 {7a2eb471754f58cbf59baa93ee81dc7b74d186cb2e306188f39c85ba863dbab8} increase to the Medicare levy are also allayed with the announcement that it would be fully funded from consolidated revenue.