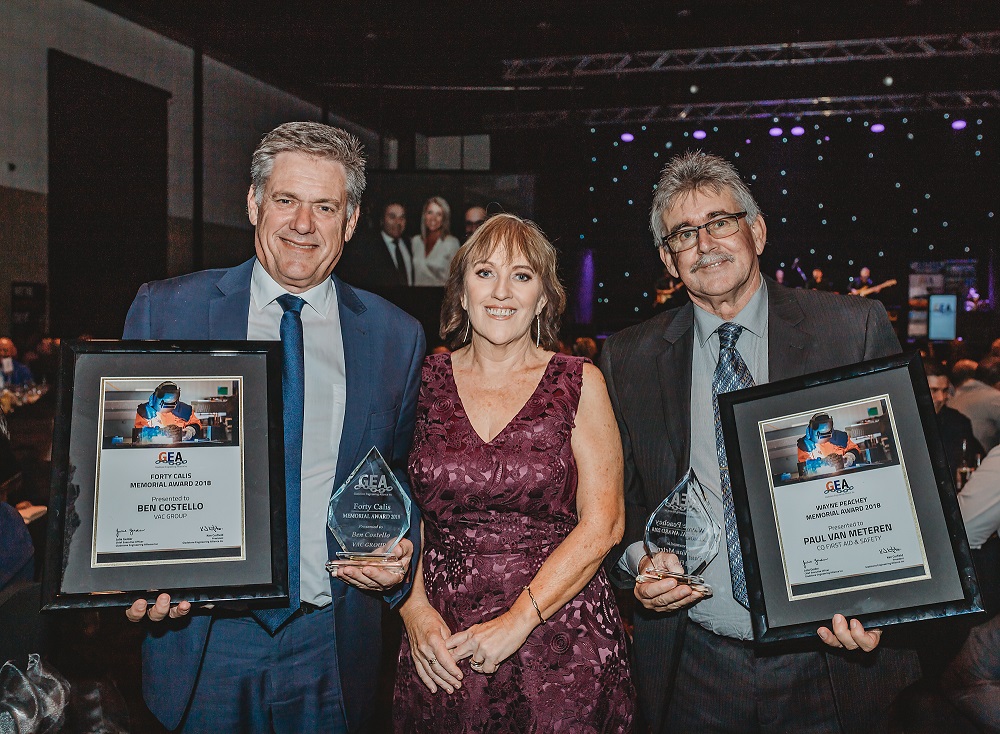 With more than 260 people in attendance, GEA Acting chief executive officer Julie Gelder said the GEA Awards recognised and acknowledged the hard work and achievements of GEA members over the past year.

“We are proud to promote our members to industry and to highlight the fact that Gladstone businesses can compete on a global scale,” Ms Gelder said.  “A lot of the work they do is not only at the top of their game but world class.”

Ms Gelder said the winners of the three major awards were all selected by their peers after three months of voting.

“The award was collected by Peter Howarth and it recognises the achievements of an individual who has demonstrated an entrepreneurial spirit to gain business success in the engineering and support sector.”

“This award recognises the achievements of an individual who has demonstrated exceptional quality in service or product,” Ms Gelder said. “It was awarded to an outstanding individual who has demonstrated the attributes of quality, tenacity and perseverance that make them a role model for ‘quality comes first’ in their sector, who continues to be innovative and makes a difference under adverse situations and environments.”

Mr Van Meteren said he was taken by surprise when his name was called out on the night.

“Any successful business relies upon the staff and that is why I strongly believe staff should be empowered and trained but not only that as everything at the end of the day depends on good staff and if you have their support your business will succeed.”

The GEA Industry Hall of Fame was won by Derek Berg from Berg Engineering.

“They have offices in Gladstone and Brisbane and work overseas in Singapore as well as a number of other countries.”