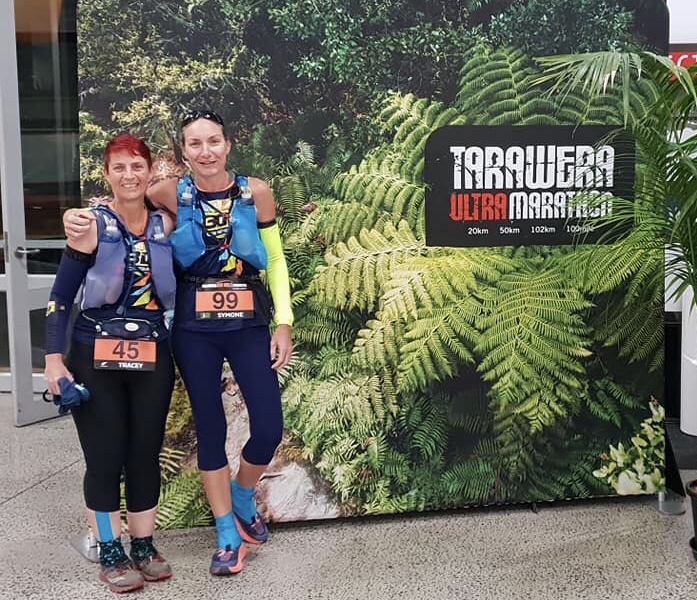 Posted at 08:00h in Botanic to Bridge B2B, Lifestyle, Sport by News 0 Comments

While Gladstone locals are lining up to take part in the upcoming Botanic to Bridge Fund Run, local women Symone Mercer and Tracey Patterson-Kane will be racing on the other side of the world! Seizing the opportunity of a lifetime the ladies will be virtually running with Gladstone in the Botanic to Bridge while they compete in the toughest race they have ever tackled.

Leaving Gladstone on the 10th of August Symone and Tracey are travelling to Scotland to compete in the 215 miles or 346km Race Across Scotland. The race will see the ladies set off from Port Patrick and will finish just outside of Edinburgh. The distance must be completed in 100 hours, and runners must reach specific checkpoints along the way to stay in the race. Symone and Tracey will carry snacks with them to keep their bodies fuelled, and they will have a support crew at checkpoints.

Both women have been training hard in the lead up to the event under the guidance of Ryan from 3D Coaching. Their training regime can consist of training up to 6 days a week for several hours. Symone said the training had seen her travel to places in the region that she had previously never visited, “The journey to Scotland has been epic in so many ways,” Symone said.

Symone and Tracey both only began running a few years ago and have been participating in local Park Run events. From there the ladies passion for running grew. Last year both women competed in the half marathon at the Rocky River Run before moving onto compete in several other running events including the Tarawera Ultra Marathon in New Zealand. Following that challenging run, Symone joined Tracey as her training partner for the Scotland race and when the opportunity arose for her join Tracey in Scotland, she welcomed the opportunity with open arms. “Before I started running, I would have been lucky to be able to run to the end of the street,” Symone said. “I would encourage anyone who wants to do something, to grab the opportunity and do it, life is short, it doesn’t matter what it is you want to do, you just need to find a way to make it happen. Don’t let limitations hold you back” she continued.

“When I first started running, I could barely run 50m,” Tracey added. “Anyone wanting to try something needs to give it a go just build up slowly and find like-minded people to support you on your journey. My journey and experience has been amazing,” she continued.

Following the run, the ladies have a relaxing tour of Ireland booked for an opportunity rest before planning their next challenge.