The King in Concert 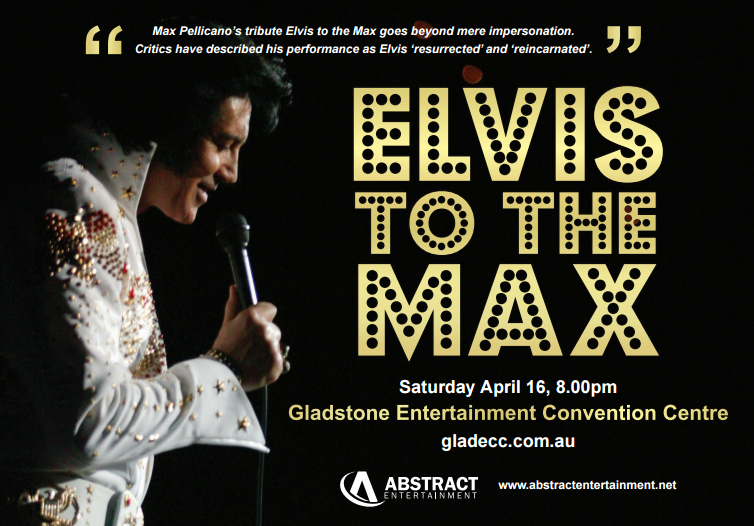 07 Apr The King in Concert

Posted at 05:42h in Entertainment, What's on by sales@gladstonenews.com.au 0 Comments

He was one of the most important figures of the 20th century pop culture.

A cultural icon, widely known by the single name Elvis, who is often referred to as the ”King”. Now the memory and legend lives on in a very special concert event entitled ”The King” in Concert” starring one of the world’s first and most successful Elvis impersonators – Max Pellicano, whose uncanny resemblance and equally chilling performance has mesmerised Australians over the last two decades.

It has been said by media worldwide that Max Pellicano’s tribute Elvis To The Max goes beyond mere impersonation. Critics have described his performances as ‘Elvis resurrected’ and ‘reincarnated’. His recreation of “The King” looks, moves, vocal style, impressions and humour is so accurate, it’s awe inspiring. You need to sound like the real thing and Max Pellicano has worked hard at that.

Not only is the voice important, it’s also knowing how to become the man himself on stage. There are lots of Elvis impersonators around, but Max Pellicano is considered the best. In addition, the costumes worn by Max are exact replicas made by Elvis’ personal tailor Bill Bellow.

Elvis to the Max will re-create for one special night ”The King in Concert”, proudly presented in Australia by Abstract Entertainment.