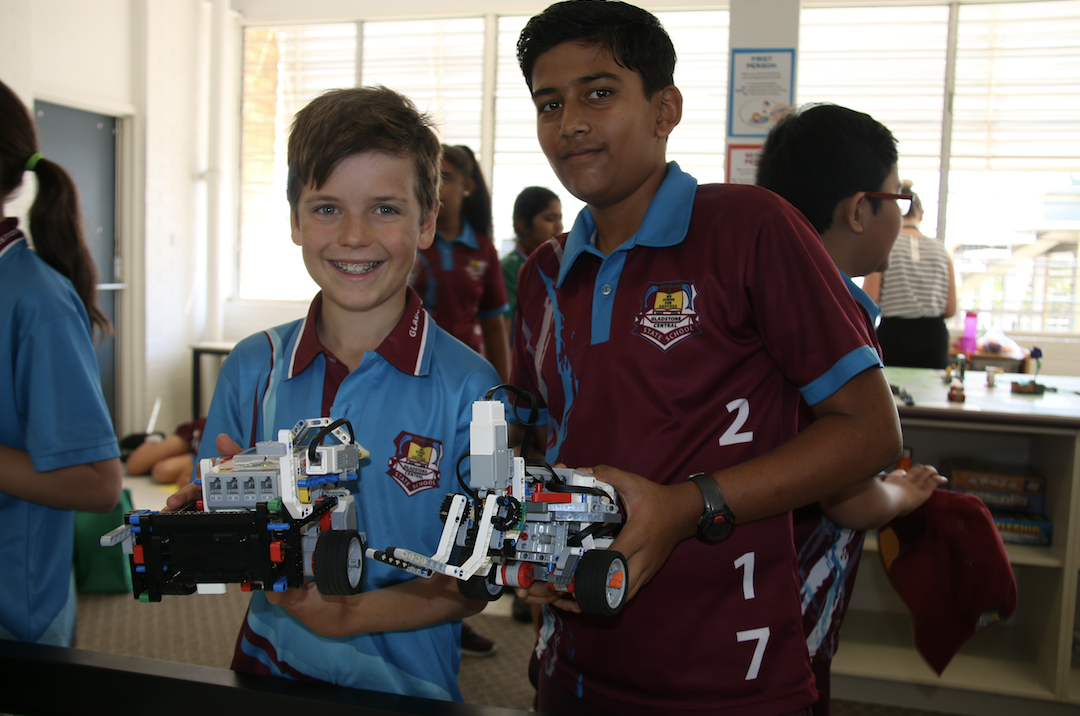 Charlie Burge and Nisarg Patel and their robots, ready to take on the other teams in the FIrst Lego League

First Lego League (FLL), an international competition for primary and junior secondary students comes to Gladstone this weekend with an interactive tournament of Robot Games held for the very first time outside south-east Queensland.

Ten teams of students will students take part in the fun of the “Science Fair” atmosphere, where mini-robots battle each other and against the clock to complete a series of jobs mapped out on a specially designed 1.2 X 2.4 M games table.

Set out as an industrial scenario, students use coding to determine the direction and actions of the robots, filling tanks, releasing levers and putting out fires.

Science, Technology and Robotics specialist teacher Carol Devney says it is bound to be a very exciting day: “This competition is international and so we’re trying for the really vibrant American type atmosphere.  The kids are encouraged to present their findings in costumes, playing different roles and making it interesting for everyone,” she said.

The winners of the tournament will qualify to compete at the First Lego League National finals in Sydney.

The robot operators, all aged from 9 to 14 trained intensively for the event logging hundreds of hours honing their STEM skills. As part of the proceedings, students will also present the results of their investigation into problems in the water cycle, demonstrating their findings with 3D printed models of their solutions.