Pat Kelly – Back to Bracewell for 100th Birthday 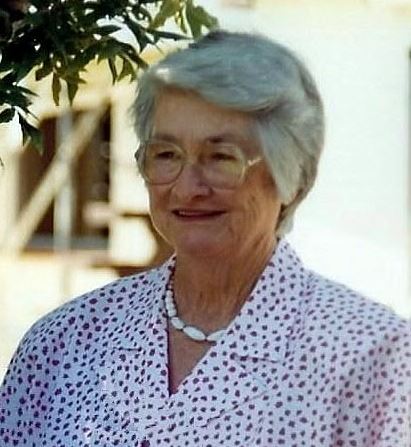 13 Mar Pat Kelly – Back to Bracewell for 100th Birthday

During Pat’s 100 years on this earth she has seen many wonderful things, events, incidents etc. and she has earned our hearty congratulations on reaching this milestone. Some of these great moments are expressed in a story divulged by three of her proud and devoted children, John, Carmel (Stuart) and Brian. They entitled their version “Century of Change”.

Pat was born on the day before St Patrick’s Day at a home on the hillside at Bracewell close by to where, later, the Bracewell Cheese Factory was situated. Pat’s mother, Annie Brady was assisted by Mrs Crampton (often referred to as Lady Crampton), an unofficial midwife who delivered many babies in the Bracewell area at that time. Pat was less than three-pounds and was placed in a drawer in front of the wood stove, which was always alight and in use.

When Pat was born, the mode of transport was horse drawn buggies and wagons. The railway was established between Rockhampton and Brisbane but coaches were still being used in the country.

In 1918 some people were still travelling by ship to Brisbane or Melbourne and the last coach ran in this area in 1924.

Pat’s parents Tom and Annie (Quinn) Brady had come up from Victoria to Bracewell in 1915 to join KK Kelly, Tom’s uncle. Tom and Annie had lived at Greta and Mansfield in Victoria and when it came time for Pat and her sister Rosie to attend school, they spent a short time in Victoria where they attended a primary school there and were proudly shown off to the relations who were still in this area.

Pat mainly went to the Bracewell State School and while she was growing up she saw her first aeroplane, a Tiger Moth. This craft landed in Murphy’s paddock at Bracewell and the teacher took the children (including Pat) down to see these amazing machines. Pat confirmed, that for ten-shillings, a person could go on a flight. Pat went to the Convent, Star of the Sea in Gladstone, for a short length of time and would have loved to continue her education there but was required back at the farm at Bracewell to chip cotton.

Pat married Michael Kelly in Mt Larcom on 2nd January 1940. Michael was from Ireland and together they made an excellent team. Michael was a cane cutter on the farms around Tully at this time and after he and Pat were married they moved into a house north of Tully. Michael was mechanically minded and started working on machinery for the cane farmers and eventually moving into the sugar mills to work.

In 1941, with Japan having just bombed Pearl Harbour, it was expected that they might invade North Queensland at any time. Suddenly Pat was caught up in an evacuation process that sent all expectant mothers south, so they would be away from any hostilities. Pat went back to her parents in Bracewell and she remembers the train ride back very well. Kevin was born in Rockhampton and with all this uneasiness happening along the coast, Michael didn’t see him until he was three months old. Another son, John, was born in Tully in 1944 before the family decided to return to Bracewell after spending eleven years in North Queensland.

Pat and Mick became dairy farmers, who raised pigs and grew peanuts, a crop distinctive for Bracewell and they adopted the technology of the day. They also began with Clydesdale horses and moved into the modern Grey Furgie era in 1952. When they first came back, the phone had been put through to Bracewell and they were at the southern end of the line. Their telephone number was 214. The farming district further south was Cedarvale and, as these people didn’t have phone lines, Pat would often have to take important messages and pass them on.

Pat and Mick went to a sale one day and purchased a second-hand black and white TV but it was the first in the area. The TV only had a couple of stations, but they had regular visitors to watch the ABC, and when the TV went off they would make it a social occasion and put on tea and goodies. Pat often told the family of travelling to Mt Larcom by horse, bicycle, buggy or cream truck as she used all these types of transport and only learned to drive a car at 57 years of age.

Two more children arrived after Pat and Mick came back to Bracewell and they were Carmel (Stuart) (1955) and Brian (1957). Pat and Mick were always keen to have the children get an education, so they worked very hard and relinquished a lot to educate the family. Kevin joined the police force to start with and the younger three became school teachers. The family are very appreciative of their sacrifice and thank them whole-heartedly.

Sadly, Pat lost her soul mate in 1974 when Michael had a heart attack. Kevin had been mining in Mt Isa and had just come back to Bracewell to work for Paddy Coughlan prior to Michael’s death, so he then worked the family farm.

Pat still lives within sight of the hill where she was born and some might say she didn’t go far in life but be assured that in the span of her 100 years, she has done a lot. Pat and Mick instilled in their children not to be greedy, work for your share (but leave some for someone else) and always pull your weight.

God has been good to Pat and her loving husband, the late Michael Kelly. They both always had a strong belief in their faith and Pat still takes her rosary beads to bed and goes to sleep praying for the family, for others, and especially for peace. Pat has an Irish clannish devotion and a quite dogged determination, which has swept along with the waves of change and survived. At the core of this is her deep love for her children, grandchildren, nieces, nephews, great grandchildren, great-nephews and nieces who carry the families present and future.