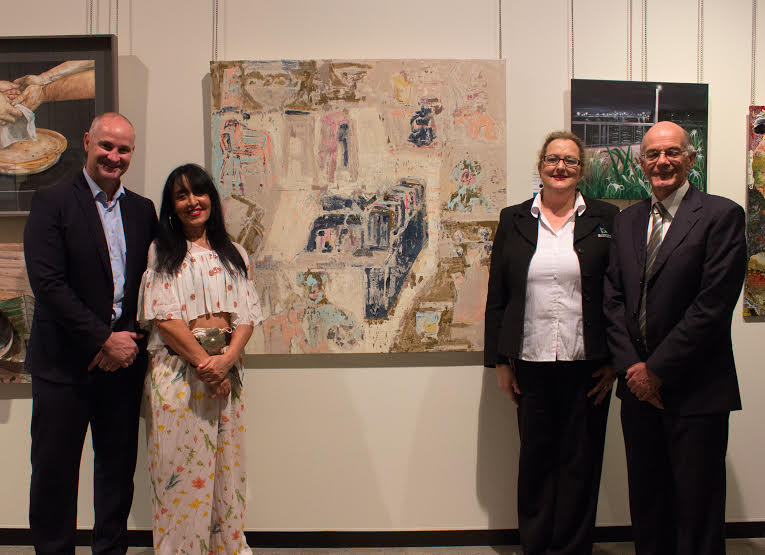 Posted at 22:30h in Art & Culture, Lifestyle by sales@gladstonenews.com.au 0 Comments

A crowd of hundreds arrived to the Gladstone Regional Art Gallery & Museum for the official launch and Awards presentation of ‘The 42nd Rio Tinto Martin Hanson Memorial Art Awards’ on Saturday evening, 14 October 2017.

$38,000 of prizes was awarded on the night as the winners were announced by this year’s judge, Patricia Hoffie.

Julie Poulsen, Interior with drawing board #2

The Gladstone Area Water Board Award: $2,000

Beryl Wood, And the hunter home from the hill

Gabrielle McDonald, Celebration of the Hunt

Ann Brown, The State I’m In

Joanne Kerr, Colours of the Gorge – Suite of Six

Clinton Cross, Life goes on but will always be remembered

The exhibition is now on display until Thursday 7 December 2017.  Visitors are invited to cast their vote for The QAL People’s Choice Awards  in each of the four sections of entry; Easel Paintings; Works on Paper; Three Dimensional & Fibre Works; and Digital Works.  Voting closes 5pm, Thursday 30 November 2017, with the winners announced, Monday 3 December 2017.  Just for voting, visitors go in the draw to win an all expense paid, weekend getaway for two to Heron Island.

The Gladstone Regional Art Gallery & Museum is located on the corner of Goondoon & Bramston Streets, Gladstone and is open 10am – 5pm, Monday to Saturday, with FREE entry.