Posted at 06:00h in Local, News, What's on by Dacia Stewart 0 Comments

The Boyne-Tannum RSL Sub-Branch is holding a wreath laying commemoration of the 75th VJ anniversary at 11 AM on Saturday the 15th of August.

The event will be held at the Boyne Island Stirling Park Cenotaph and will be followed by a barbeque at the RSL Community Hall in Tannum Sands.

A special feature will be on display at the hall, the first Union Jack that was raised in Japan after the surrender.

The Flag was made by CSM Eric Horton in Fukuoka Camp 17, Omuta. The flag consisted of blue material from an old hospital shirt, white from an old coal mine workers shirt, red from the edging around a mosquito net and webbing belt was shredded to use as a thread to sew the Union Jack together.

The RSL plans to display the original photographs of those who served in World War 2 at the hall.

Currently, older residents of the Gladstone Region are being interviewed, to record their memories of ‘what the end of the war meant’ for them. Many remembered rationing, the happiness of the Victory Church services, street parades and dancing in the Gladstone Streets. 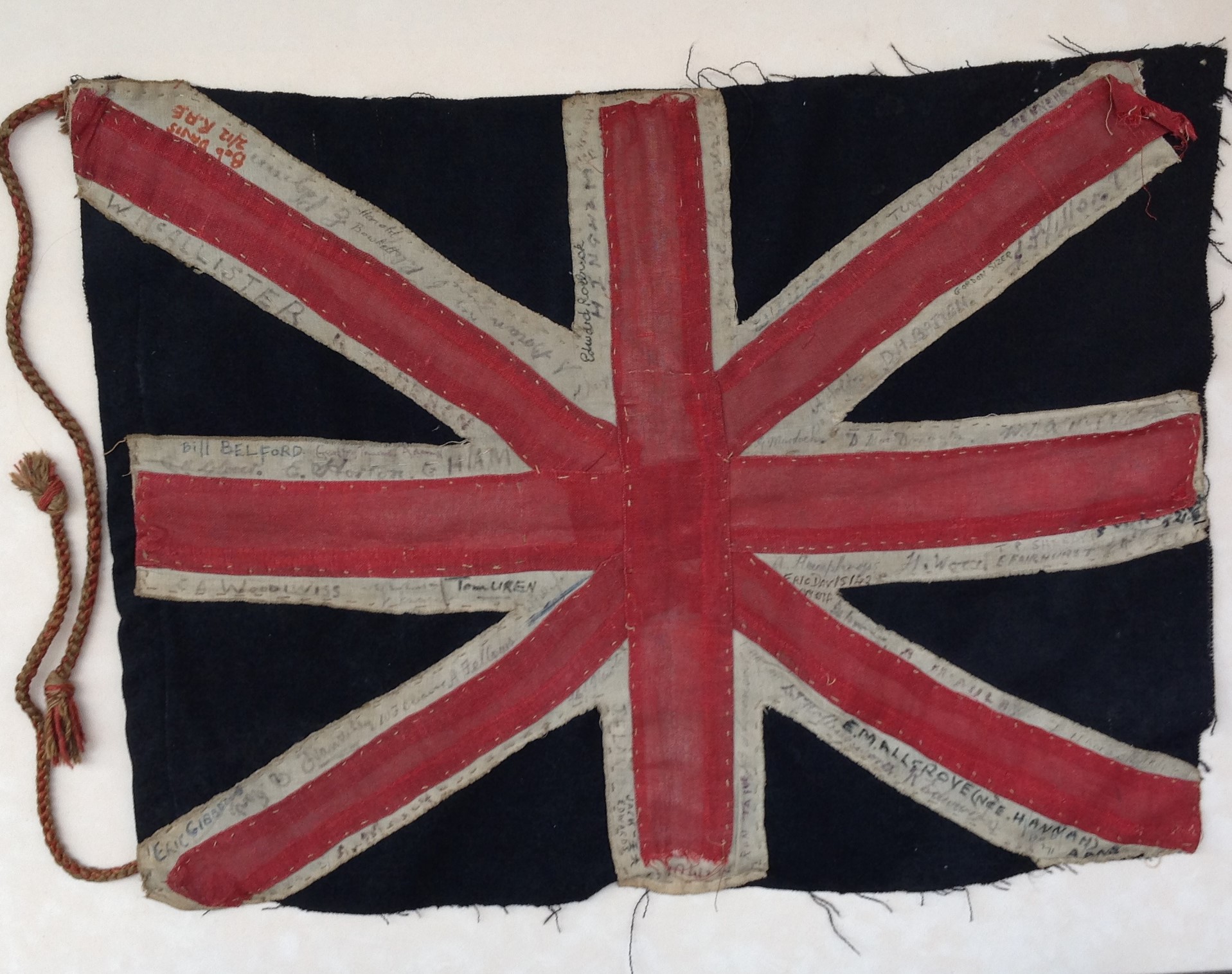