Benaraby Bridge was built 85 years ago! 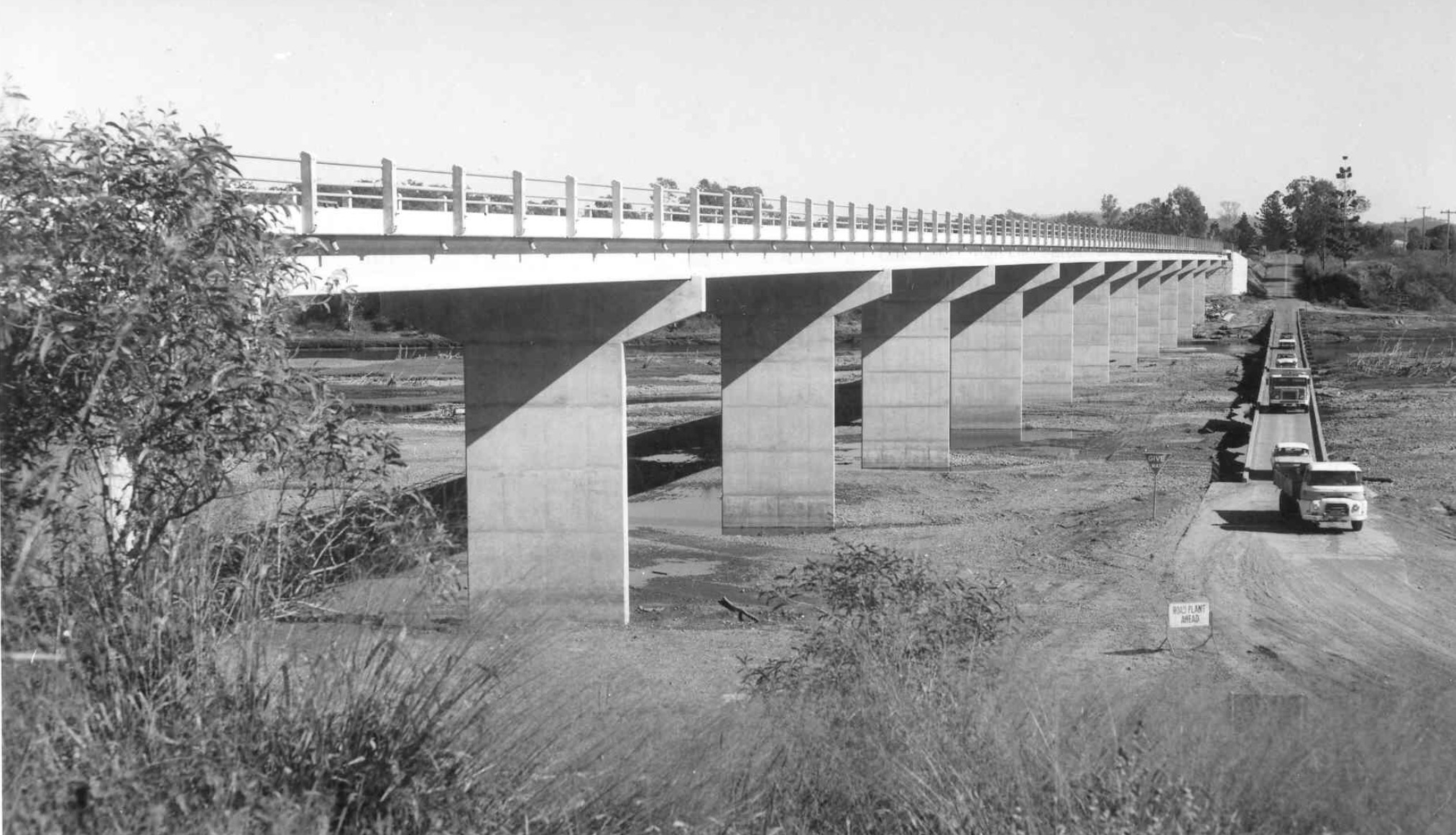 PRIOR to 1932, before the Benaraby Bridge was constructed, traffic upon the Bruce Hwy would be subject to the conditions of the Boyne River.

Cars would be forced to await a favourable opportunity to cross the tidal river, navigating through the water and halted completely in times of flood. Towns and cities beyond the Benaraby Bridge were at the mercy of Mother Nature at every crossing.The Benaraby Bridge, 20kms south of Gladstone on the Bruce Hwy, celebrates its 85th year in 2017.

Commissioned by the Calliope Shire Council in 1932, the bridge was rebuilt in 1970 and renamed in December 2009 as the Turich-Mann Bridge to honour two pioneering families in the Gladstone – Benaraby area.

“Crossing the Boyne River was never an easy affair,” according to words by Sid Pike in the centenary booklet of Benaraby State School in 1986.

“The first structure over the river was a single span, single width bridge about 300 metres upstream of the present bridge. Being only a single span meant that there were approximately 100 meters of gravel to negotiate on the southern side. As the river is subject to tidal influence, this could only be crossed when the tide permitted. Many a car was caught on the gravel, but there was nothing that could be done but simply wait for the tide to fall, dry out the car and start the journey again. Cars in those days didn’t seem to mind an odd dip in the water.”

Tenders to build the bridge were closed on February 29, 1932 with a tender of $2784.35 on behalf of J.G O’Shanesy accepted by Calliope Shire Council. Famously, a toll was charged to fund the bridge’s construction costs, collected at the site where the BP Service Station is now located.

A new bridge replaced the original wooden traffic bridge and concrete causeway in 1970 with the purpose of further flood proofing the Bruce Hwy. These days, the bridge is frequented by travellers and locals alike, with many taking advantage of the free camping located on the southern end of the crossing. 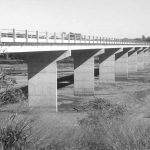