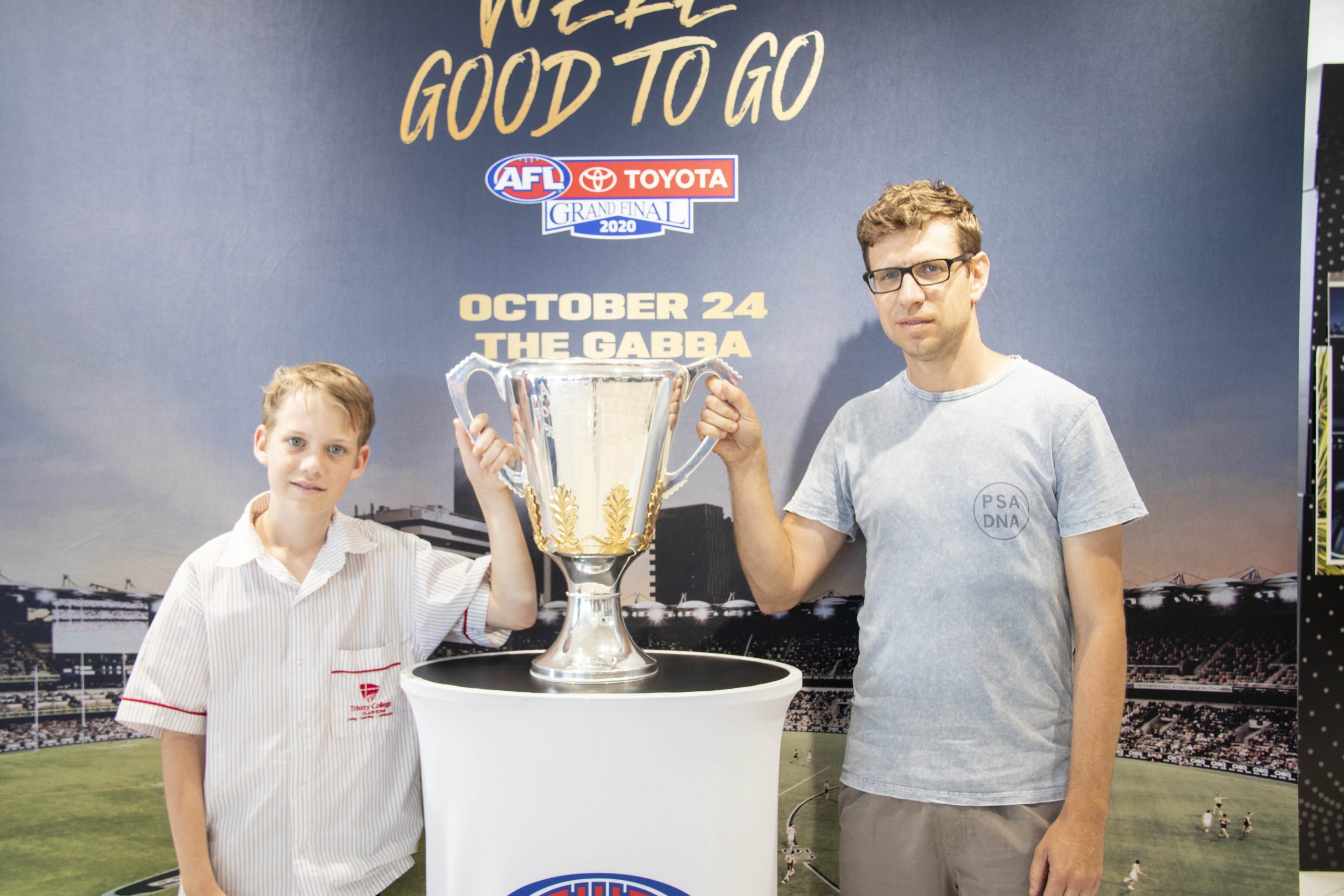 The Toyota AFL Premiership Cup Tour gave footy fans around the Sunshine State a chance to get close to the most important piece of silverware in Australian sport.

James Robertson from Bill Robertson Toyota was proud to have the cup in Gladstone.

“We are really grateful to have the cup visit Gladstone, Toyota and Bill Robertson Toyota put a lot into community events and this is something we are proud to give back to the community.”

“It’s great fun, we are remote, so we often don’t get to participate in these events, so it’s a bit of a treat to have the cup here.”

Richie Lyons a spokesman from the AFL said,

“It’s a bit surreal being on tour with the AFL Premiership Cup, it’s just fantastic to see the people come out and have a look at the cup. It’s a once in a lifetime opportunity, this is the first time the cup has toured QLD.”

The schedule showcased some of Queensland’s best local hot-spots and footy communities, starting in Cairns and stopping in Townsville, Mackay, Rockhampton, Gladstone, Toowoomba, and the Gold Coast, before being hand-delivered onto the Gabba on Saturday, October 24 for the 2020 Toyota AFL Grand Final.

The Toyota AFL Premiership Cup Tour commenced on Thursday 8 October, with the cup flying to Cairns with thanks to Virgin Australia. The cup was escorted by Brisbane Legend, and three-time premiership player Simon Black, who is the official Premiership Cup Ambassador for 2020.

Once in Cairns, the Premiership Cup was loaded onto a Toyota HiLux and commenced its journey around the state by road.