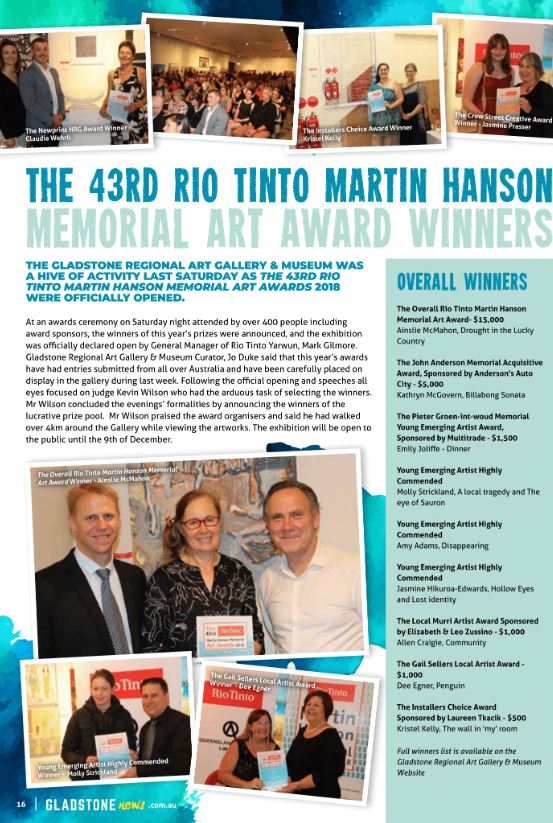 At an awards ceremony on Saturday night attended by over 400 people including award sponsors, the winners of this year’s prizes were announced, and the exhibition was officially declared open by General Manager of Rio Tinto Yarwun, Mark Gilmore. Gladstone Regional Art Gallery & Museum Curator, Jo Duke said that this year’s awards have had entries submitted from all over Australia and have been carefully placed on display in the gallery during last week. Following the official opening and speeches, all eyes focused on judge Kevin Wilson who had the arduous task of selecting the winners.  Mr Wilson concluded the evenings’ formalities by announcing the winners of the lucrative prize pool.  Mr Wilson praised the award organisers and said he had walked over 4km around the Gallery while viewing the artworks. The exhibition will be open to the public until the 9th of December.