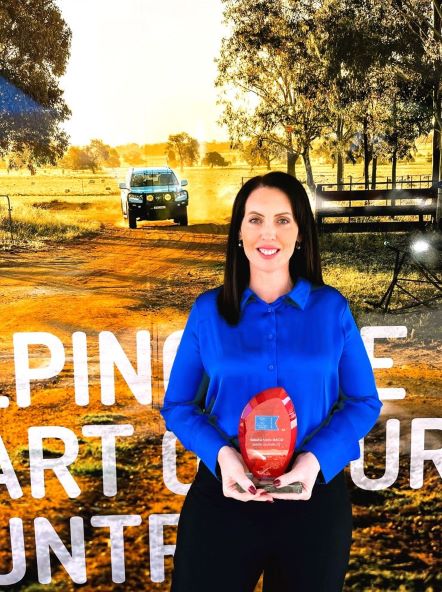 Tash said that this award is a reflection of the hard work and commitment that Aussie Helpers consistently puts into their community.

“Winning the award highlights the commitment not only from myself, but also that of my team, to taking Aussie Helpers to the next level as a Charity,” said Tash.

“It is an incredible feeling to receive such an award, but my team and I don’t do the work we do for the accolades, we do it because we have a genuine passion for our Aussie farmers and Rural Australia.”

Aussie Helpers will soon be hosting their Gladstone Gala, which will be a night filled with fabulous entertainment and a celebration of twenty years of Aussie Helpers.

“The Aussie Helpers Gala is going to be another magnificent night filled with great entertainment, food, flowing drinks, as well as some surprises instore throughout the night. We will be drawing our car raffle, so someone will be a winner on the night! Guests will get to hear from our Farmers first-hand the struggles they face, and how Aussie Helpers has been able to assist them.”

Those who aren’t attending on the night can still be in on the action, and can bid on the auction items online by going to oktion.com.au and searching for ‘Aussie Helpers Gala.’