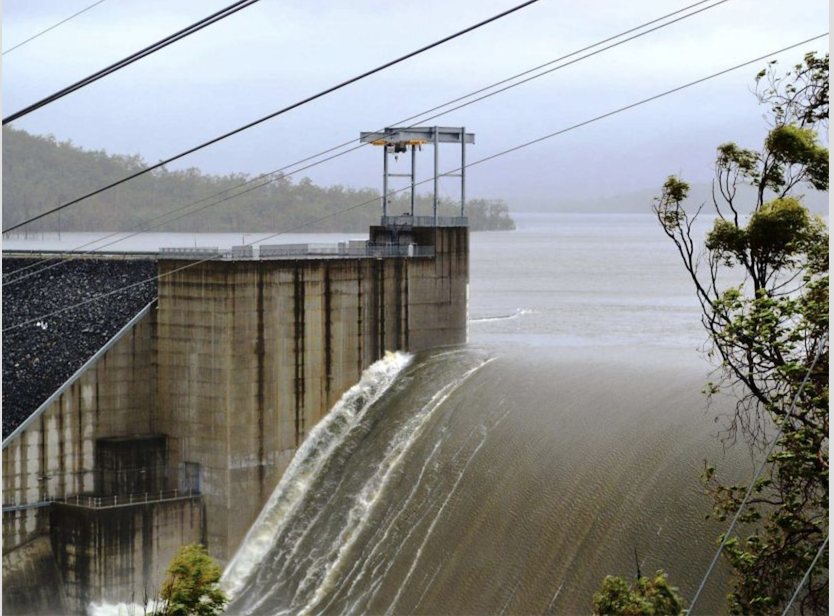 As at 7.40am this morning the level at Lake Awoonga is 40.4m and rising; water started to pass over the spillway at 2 am this morning.

The Lake Awoonga catchment received more rainfall than previously predicted and inflows to the lake will see steady increases today.

Modelling based on current Bureau of Meteorology data indicates water levels to rise to 41.5m (1.5m over the spillway) in the pm today (Wednesday 18 October 2017) and peak on Thursday at over 42m, dependant on rainfall.

Pikes Crossing will likely become impassable this morning and affected residents have been notified.

Unconfirmed reports suggest that the Gladstone Monto Road is inundated due to localised flooding.  Inundation due to dam levels will occur at 41.5m, expected to occur in the pm today.

Rain is now easing, however, there have been significant falls in the upper catchment with streams yet to peak.

GAWB staff are monitoring inflows and will continue to advise the Gladstone Local Disaster Management Group and local residents.

Dam levels are regularly updated on the GAWB website