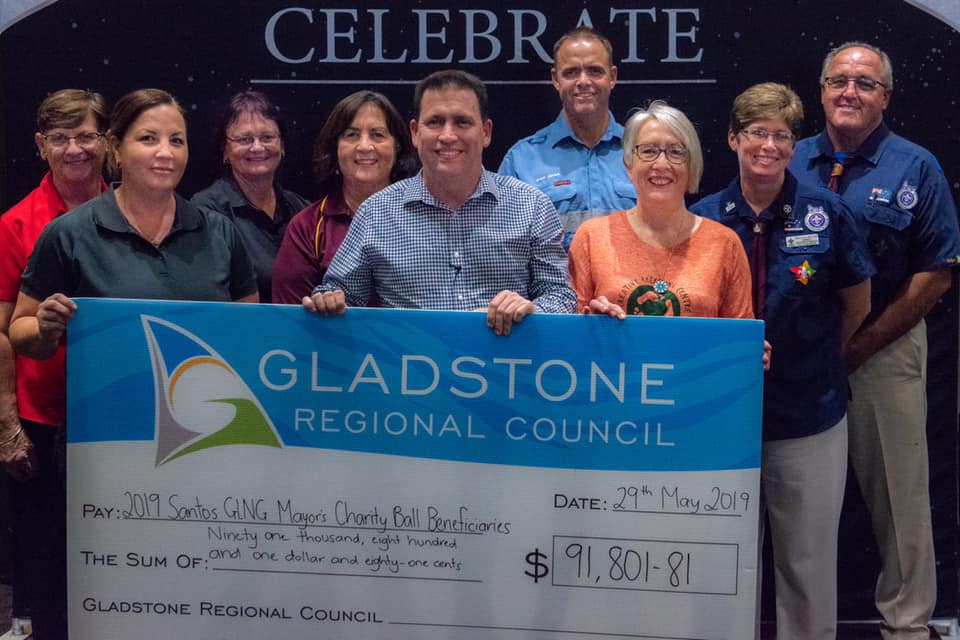 Posted at 08:00h in Community, Council, Lifestyle by News 0 Comments

Gladstone Region Mayor Matt Burnett thanked the community and the event sponsors for their overwhelming support. “The night was a fantastic success, and it was great to see so many people from our community putting the fun in fundraising,” Councillor Burnett said. “Our region lived up to its reputation for digging deep in support of charities and Gladstone Regional Council is proud to support this event.”

Councillor Burnett said the ball committee’s enthusiasm and hard work helped surpass their fundraising goal, whisking guests away for a night of Monte Carlo-esque fun, while raising an incredible amount.

The funds have been distributed to the charity ball beneficiaries, who were selected in recognition of their selfless contributions to the community. The 2019 recipients include Port Curtis District Scouts, Gladstone Community Linking Agency, Zonta Club of Gladstone and Creative Recycling Gladstone.

Councillor Burnett said attendees showed their generosity to assist this year’s charity recipients by not only purchasing ball tickets but by participating in auctions and raffles on the night. “In addition, contributions and donations by major partners and sponsors and the assistance of volunteers behind-the-scenes provided invaluable support,” Councillor Burnett added.