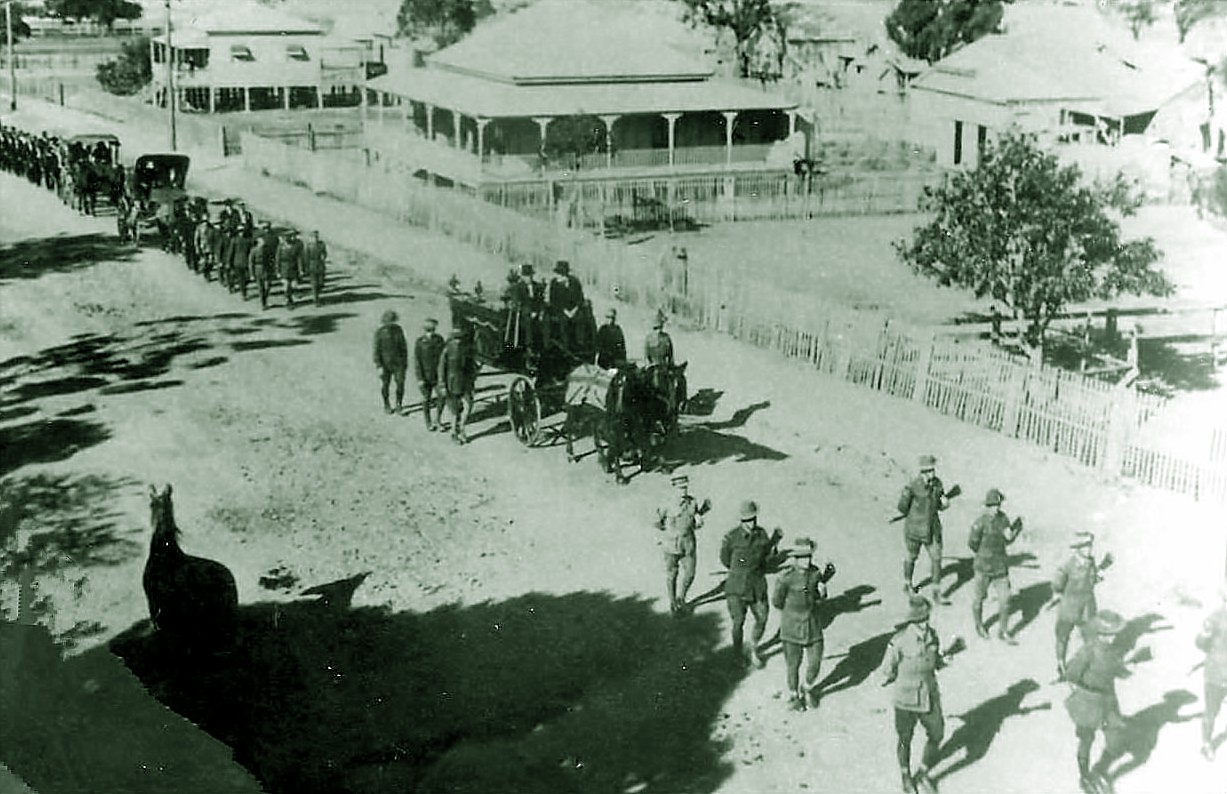 Ernie’s grandparents Richard & Lydia Lone were the lighthouse keepers at Gatcombe Heads for many years from 1873.  Andrew Lone (son of Richard & Lydia) and three of his boys, Henry (McCallum-stepson), Ernest and Harold (Lone) came to Gladstone to live, taking out land on Facing Island in 1915. This was the same year that Ernest and Harold joined the army and were on active duty overseas but were honourably discharged in 1919. After the war, Ernest became a waterside worker and it was just three months later that a tragic accident happened which took his life. Ernest was loading frozen beef into the steamship Port Nicholson at the Gladstone Meatworks Jetty when he fell into the ships hold. An inquest was held and persons giving evidence were-: Jason Boles and Harry Walker, (both waterside workers who found the body), John Henry McCallum, stepbrother, the police officer in charge and the first mate of the Port Nicholson. Ernie’s brother, Harold Lone spent the rest of his life fishing in the waters off Gladstone. He married Gladys Carroll in Sydney in 1920 and they had ten children, all born in Gladstone. These were Vince, Jean (Kearney), Daisy (NM), Ernie, Harold, Francis (died as an infant), Peggy (Jackson), Gwen (NM), Dell (Harman) and John.