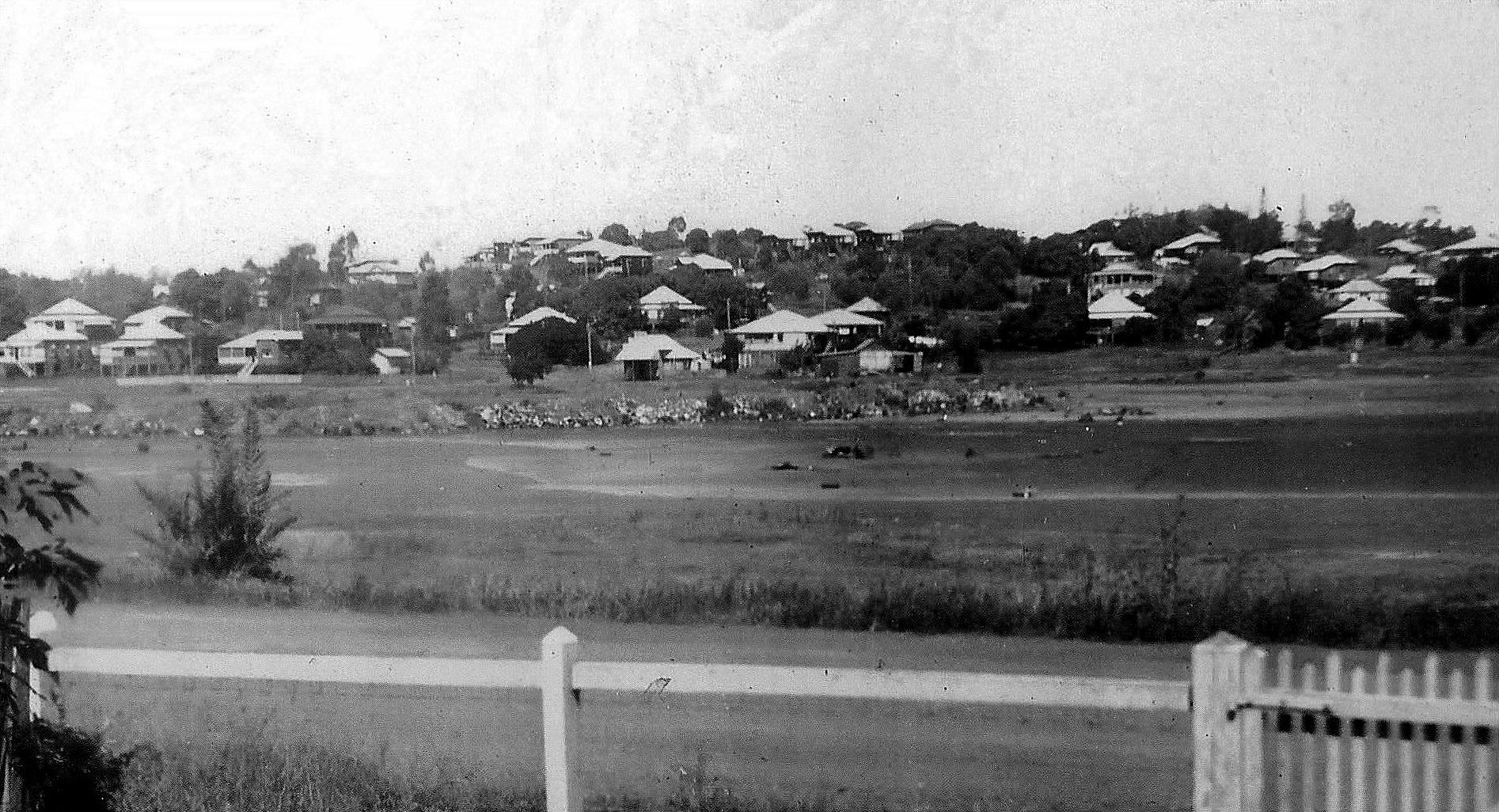 Posted at 12:05h in Community by News 0 Comments

Jimmy Harris Photo – The salt mudflat between Glenlyon & Side Streets in Gladstone, humorously known as Polio Park – This photo was taken when the council was filling the salt flat by using it as a rubbish dump.

Around 1970, the Gladstone town plan had a visionary concept of a central green belt, which would provide both sporting facilities and park land. QAL saw an opportunity to help develop the areas for the town and in 1973 announced their financial support for the project. A committee of nine formed the Gladstone Sports and Parks Development Committee (GSPDC) with representation from QAL, the Town Council, the Gladstone Harbour Board and the community. When the Green Belt was finalised it comprised of three zones. Memorial Park, formerly this unattractive salt flat, was taken over by the GSPDC to eventually provide facilities for netball and a stadium for basketball. It was a major task reclaiming the tidal salt flats and the council let a contract for the filling of an area on which the first oval was constructed. Large underground drains were constructed to prevent the salt from damaging the playing fields and by 1986 this former wasteland had its surface filled and grassed. Ten hectares become sixteen netball courts and clubhouse, four basketball courts and an indoor stadium, eight softball diamonds and an international standard diamond. The Queensland Police and Citizens Youth Welfare Association built their giant indoor sports stadium on the Coney Island end of Memorial Park. Memorial Park, which had previously been an eye-sore, was converted into an oasis