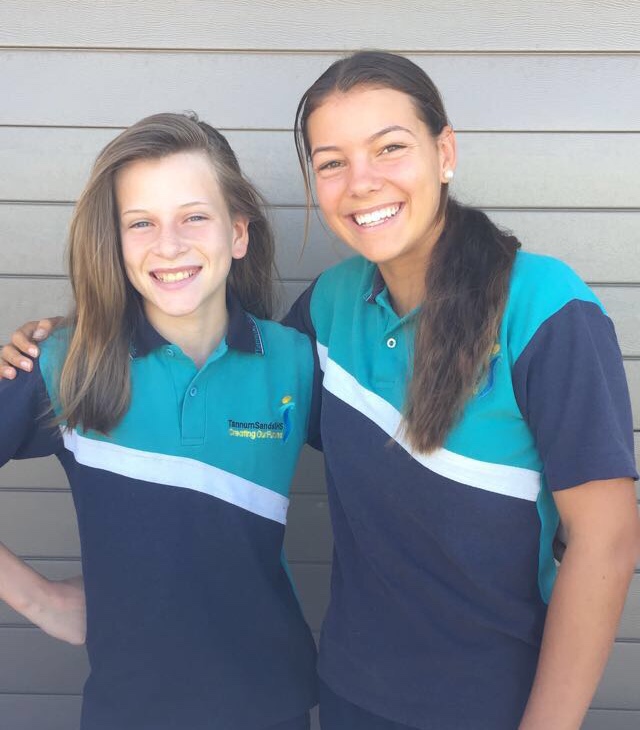 There’s definitely something in the water at Boyne Tannum, with news that junior players of both genders from BITS Cricket Club have been selected for the Queensland U15 sides.

Brooke Sheridan and Ruby Strange have both been selected to represent Queensland in Adelaide in the second week of January 2018 for the Queensland U15s Girls Cricket team, the only girls from outside the Brisbane metro area on the squad. Ruby is the captain of the team.

Their partnership goes back four years when Ruby moved to our region from NSW, Brooke’s mum Lauraine Schmitt says, with both girls progressing one after another through the ranks of club and junior cricket:

“Ruby has sort of been her mentor all that time. I’ve got twin boys as well, who go to school with Ruby, and the four of them were in the same team last year. Ruby had three little proteges there at one stage.”

“Brooke’s a far better cricket player than her brothers though,” Lauraine laughs.  “They don’t like that very much. She’s a better AFL player than them as well!”

Both are all-rounders with Ruby in the Qld side as a batter and Brooke as a bowler. While at the state 15 girls cricket championships in Toowoomba in October, Brooke was on 3 Hat Tricks in 3 games. She was second highest wicket-taker at the championships too, taking 8 wickets.

Brooke and Ruby also had a 78 not out partnership in Toowoomba against Wide Bay, with Ruby making 50 runs

Lauraine says the advancement of female cricket nation-wide, the girls finally are being recognised along with the boys: “Queensland Cricket put in 100 percent effort with the girls – they have live-in camps throughout the year– and to play in Adelaide, they fly them there and back and take care of everything, so the parents aren’t out of pocket at all,” she said.

“Last year, it was ridiculous it cost us about $5500 to get Brooke to Canberra where the Nationals were held, we had to do all this fundraising and lots of different things to try to raise money, but this year a lot of that was taken care of by Queensland Cricket.”

She has high hopes that U15s isn’t the end of the ride for either Brooke or Ruby: “The next step is under 18s and then it’s the Queensland Fire or the Brisbane Roar women’s side and then Australia!”

“If women’s cricket continues the way it is, by the time they do play for Australia they’ll be able to make a career of it.”