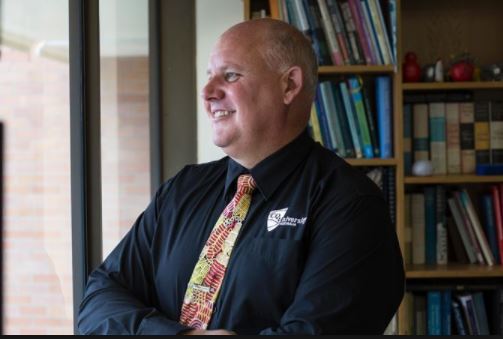 Posted at 13:10h in Education, News by News 0 Comments

The Federal Government today announced several budget-saving measures with some of the biggest cuts being directed at higher education.

Saving measures will include the freezing of university funding at 2017 levels for 2018 and 2019, and reducing the salary threshold for the repayment of HECS debts.

Professor Bowman explained that he was despairing of the measures put forward and labelled them as a blow to regional Australia.

“These funding freezes will hit regional Australia hard, reinforcing educational inequality between regional and metropolitan Australia and hindering the future growth and development of regional communities.

“Without a doubt, these cuts will impact the sector as a whole, but its regional universities like CQUniversity that will be hit the hardest.

“There is already a shocking disparity in the rates of university participation in regional areas compared to the cities with 45 percent of 25 to 34-year-olds in major cities holding a bachelors’ degree, while in the regions it is only around 20 to 25 percent.

“In recent years, regional universities have worked extremely hard to increase participation rates and equity, and results are beginning to be realised.

Professor Bowman also explained that students from disadvantaged backgrounds would likely be impacted the most.

“Sadly, this will have an impact on participation and equity when it comes to students from disadvantaged backgrounds including low socioeconomic, mature age, first in the family, Indigenous, and students with a disability.

“Regional universities contribute billions to the national economy every year but are being penalised significantly as part of these budget-saving measures.

“In the short-term, it is very likely that the cuts will impact local economies as universities will need to put new projects on hold, or at the very least scale them back.

“What’s more, it is likely that already completed projects will now be under-utilised as fewer students will be able to attend university.

“In the longer term, we will also see fewer skilled graduates entering regional workforces. Graduates who would go on to pay tax and contribute their skills to local communities.

“It is very concerning as we already have experts warning that this will create skills shortages in critical areas.”

Professor Bowman has urged the government to rethink its funding model for universities to deliver greater certainty to the sector and to students.

“Universities need stability and certainty when it comes to long-term funding.

“We need a smart plan to ensure regional Australia and regional students don’t get left behind.

“Unfortunately, the funding model delivered by the Government today will make it virtually impossible for regional universities to drive equality, advancement and innovation.

“The Government needs to rethink this decision and give regional students and communities a fair go when it comes to education and development,” said Professor Bowman.