Brave Bella fights cancer with the help of Noosa triathletes 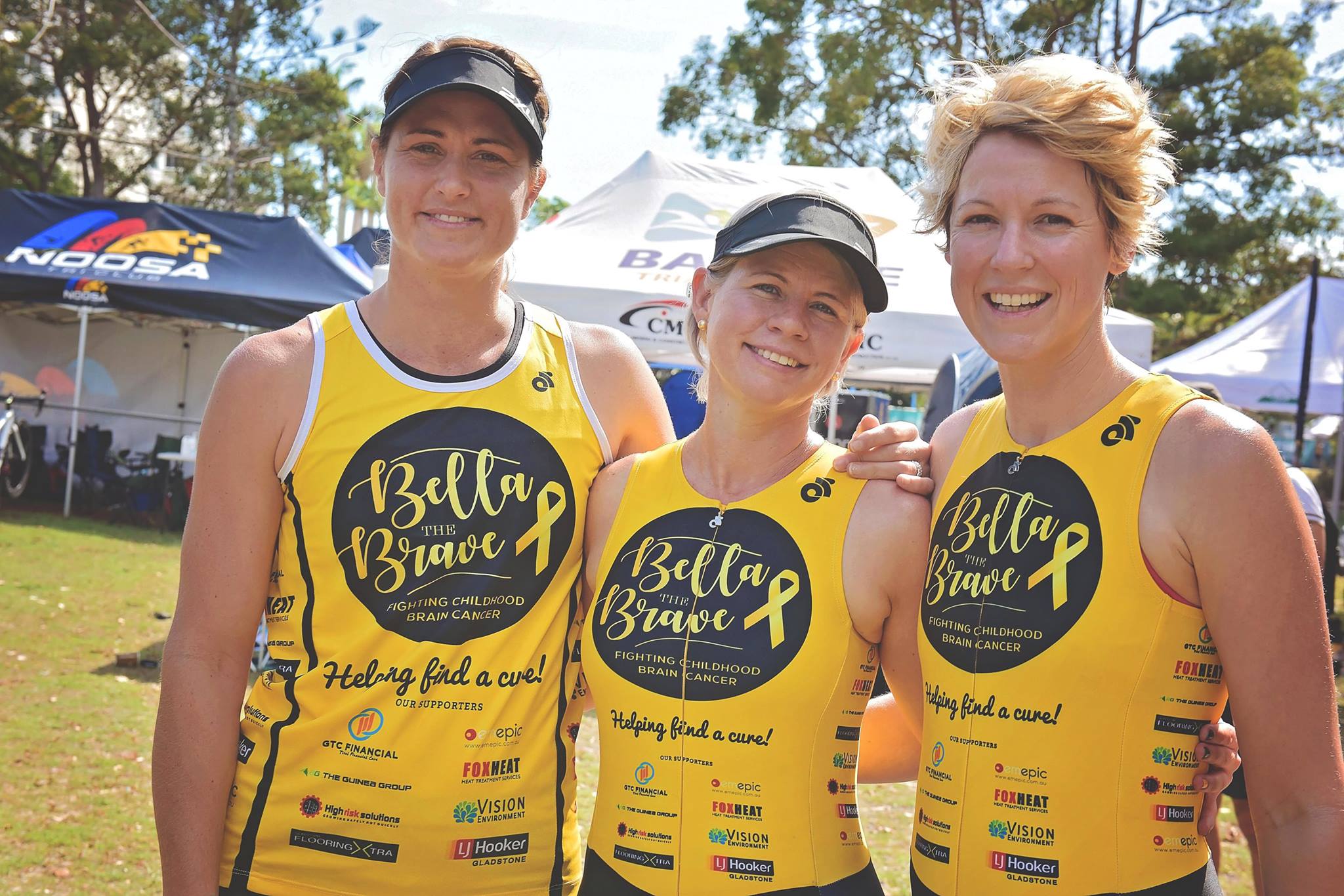 Bella Bates has certainly earned her nickname, Bella the Brave.

The amazing two-year-old who underwent her eighth surgery for paediatric brain cancer (an aplastic ependymoma) a fortnight ago has been fighting the disease for half her life.

On the weekend, she had 23 fit friends including her mum, Robin Berthelsen, fighting along with her at the Noosa Triathlon, raising awareness and funds for Bella and other children like her, with $8780 of a $10,000 target raised to date.

Robin with her teammates Rebecca Swanton and Amanda Ashdown

“We’ve got eight teams that are racing under the team name of Bella the Brave, and we’ve got some Bella the Brave tri-suits and singlets that we’ve had manufactured so we can raise as much awareness of childhood brain cancer as we can and just try and put the spotlight on it a little bit,” Robin said last week.

Only just over a week prior to running the triathlon though, Robin was in Sydney for emergency surgery for Bella. Robin said it’s hard to tell exactly how much her daughter has been through:

“You can’t really tell she’s got cancer, she’s walking and talking and running around like a normal two-year-old; she’s amazing,” she said.

“She’s been incredibly brave.  All last week, not once did she complain.”

Bella had undergone six surgeries and been declared cancer-free when a routine MRI in August, unfortunately, showed re-occurrence of her tumour, and that’s when the family approached renowned surgeon Dr CharlesTeo.

Robin says it offered Bella her best chance and that she is doing “amazingly well”.

Treatment options for brain cancer are limited and have devastating side effects on children. In addition, paediatric brain cancer attracts only a small amount of government funding.

To donate go to: https://charityfundraiser.everydayhero.com/au/bella-the-brave-noosa-tri-2017