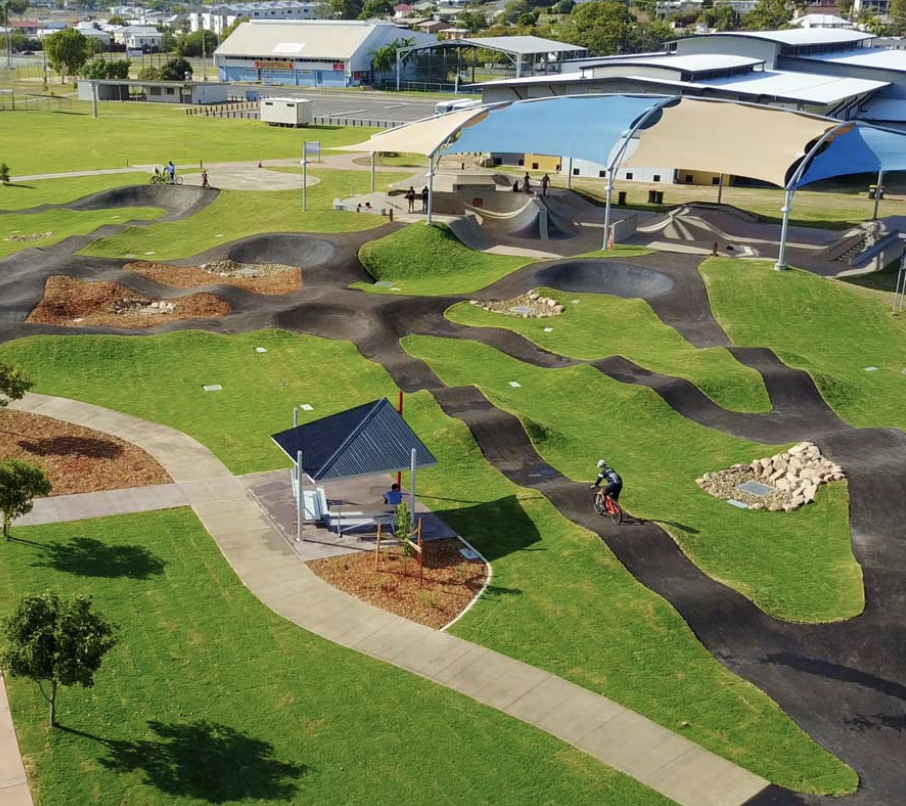 The Bracken Ridge skatepark in Brisbane, designed by Convic

The tender for the new $1 million pump track and upgraded skatepark at Boyne Island will be split into two to capitalise on the expertise of both suppliers.

Expressions of interest were invited in August for the design and construction of the new Bray Park: Of the seven submissions received, three were considered with ultimately Convic, World Trail and United Skate Parks suitable, though none were ideal in experience and capability in building skate parks and pump tracks in combination.

Convic is a recognised world leader in the building of skate parks while World Trail has demonstrated skills in building pump tracks – including the Memorial Park pump track in Gladstone (the largest in Australia), so council decided to split the tender requesting submissions for the two distinct elements of the project will be requested, one for the skate park and one for the pump track.

If successful, the companies chosen will be required to collaborate in the design phases of the project and to ensure connectivity and integration of the two elements.