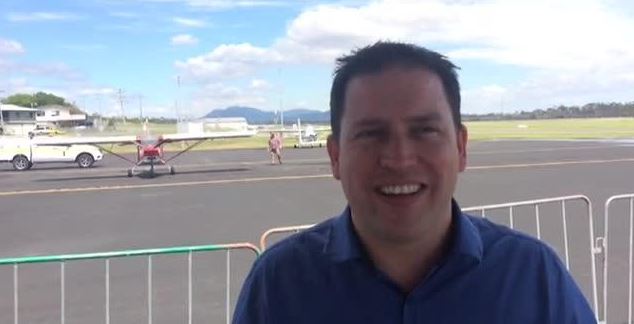 Posted at 12:50h in More Articles by News 0 Comments

Long discussions with the Queensland Treasury Corporation are finally bearing fruit as the Gladstone Regional Council works towards cooperating with other regional airports to form a merger.

The last GRC meeting of the year on 19 December wound up with a long confidential segment from which the media was excluded, however, Gladstone News had an exclusive interview with the Mayor following the meeting in which the important development was announced.

In May 2016, seeking a way to improve efficiencies at the Gladstone Airport, Councillor Burnett said he commenced discussions with the airports in Whitsunday, Fraser Coast (Hervey Bay), Bundaberg, Rockhampton and Emerald about merging to form a “regional airport corporation”.

“We’re all regional airports with very similar issues and so QTC (Qld Treasury Corporation) said: “Why don’t you have a look at where you could work together, where you could innovate and streamline policy a little more?”

Long-ranging discussions took place between staff from all airports. Of the airports proposed in the merger, only Fraser Coast (Hervey Bay) and Central Highlands (Emerald) airports will join Gladstone as a founding member.

“All the figures are right to date, and we’re right to proceed with Fraser Coast and Central Highlands (Emerald) airports from next year, and that’s huge,” Cr. Burnett said.

“The other airports may come on board, later on, that’s the impression that I get that once they have seen how it will run that they will hold that option to join the cooperative later on,” Cr Burnett said. “We had really hoped that Bundaberg would come on board, but they are still very supportive and may join us at a later stage,” he said.

“We think the council’s who’ve pulled out, once they see how it works they’ll be knocking on the door asking how they can get back into it,” he said.

At the moment Gladstone is the only airport of the three who runs an independent airport corporation with a board, while Hervey Bay and Emerald airports are still run directly by the local councils. Cr Burnett thinks this will give Gladstone representatives the inside running for board positions on the newer, larger three-airport corporation.

“I’d happily put our board forward for the new board – they have the experience – we would have our local content, of course, and Hervey Bay and Emerald would too – but we’re very good friends with Emerald and as small regional airports we have many of the same issues,” Cr Burnett said.

“Together we are stronger,” he said.

And what’s in it for the passengers?

“That’s the conversations we’ll have to have as a board,” Cr Burnett said.

“But I can imagine that we’ll be able to present a stronger front to the airlines – get better deals if we negotiate collectively with your regional airlines – Qantas, Jetstar and so on,”

“Basically it’s about working together with our neighbours, and if the figures aren’t what we think they will be then we’ll reconsider,” Cr. Burnett said. He said that a stronger negotiating position with regional partners may make airlines re-consider routes that are currently not considered viable such as northerly trajectories within Queensland e.g. Gladstone to Townsville without needing to fly first to Brisbane.

He also said the new airport corporation would take on the debt carried by Gladstone Airport in light of the recent major upgrade and as a recently re-developed asset would attract an “efficiency dividend”. “The debt thing has never been a big deal for us – the airport is well positioned to pay back that debt – but what it would do is give us potentially a $30 million dividend straight up that we could then use to pay for other things.

More developments are expected in early 2018. Keep reading Gladstone News for the latest in local and community projects.