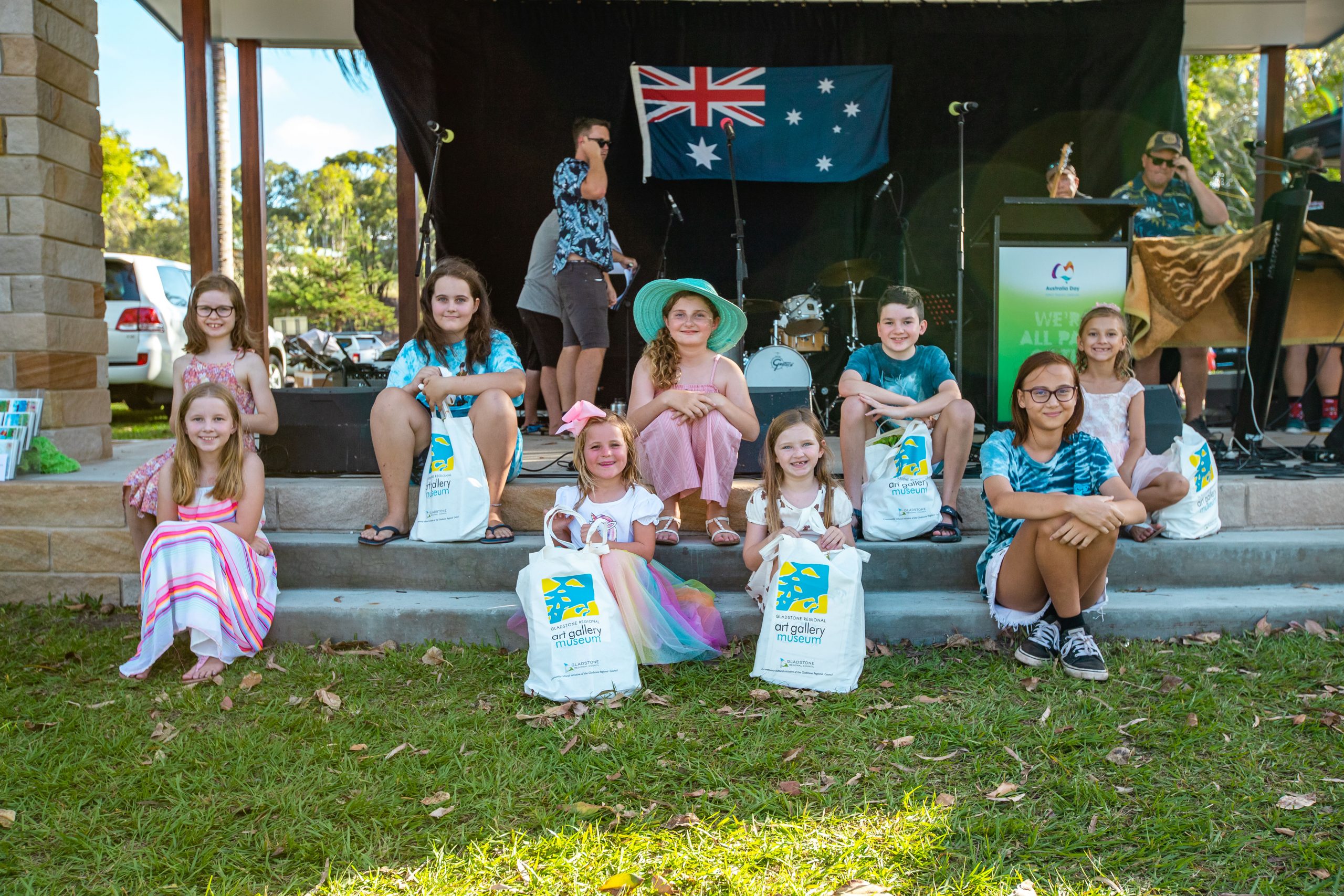 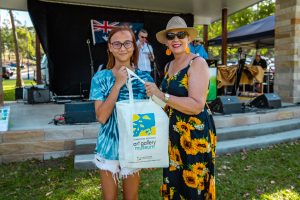 Councillor Goodluck said the work of the young artists helped our region celebrate this year’s theme of ‘who and what makes Australia great’.

“The project launched in 2006 and each year the competition gets tougher,” Cr Goodluck said.

“This year we received 200 entries from across the region, making a total of 4662 artworks collected over 15 years.

“These artworks provide our community with the unique opportunity to connect with a child’s perspective, and I encourage everyone to view the amazing works.”

The touring exhibition of entries is now featured on the CQUniversity’s Mezzanine Floor, Leo Zussino Building, Gladstone Marina Campus until the end of February.

“The fourth in my Australian Bird Series combines two of the things I love about Australia – the flora and fauna – Rainbow Lorikeet in a Bottlebrush and the wonderful towns in our state of Queensland collaged as feathers,” Raven-Lily said.

And the winners are:

Highly commended: Sleepy Koalas by Chelsea Nichols, Yar and Me by Amarni Thetford, Mt Mugul by Sam Coffey and The Muster by Matilda Cook.

Highly commended: Wisdom Under the Southern Sky by Luke Snow, Steve’s Mate by River Thetford, Uluru by Keeley Chambers and Among Us and Animals by Chelsea Bradbury. 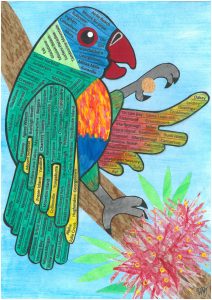