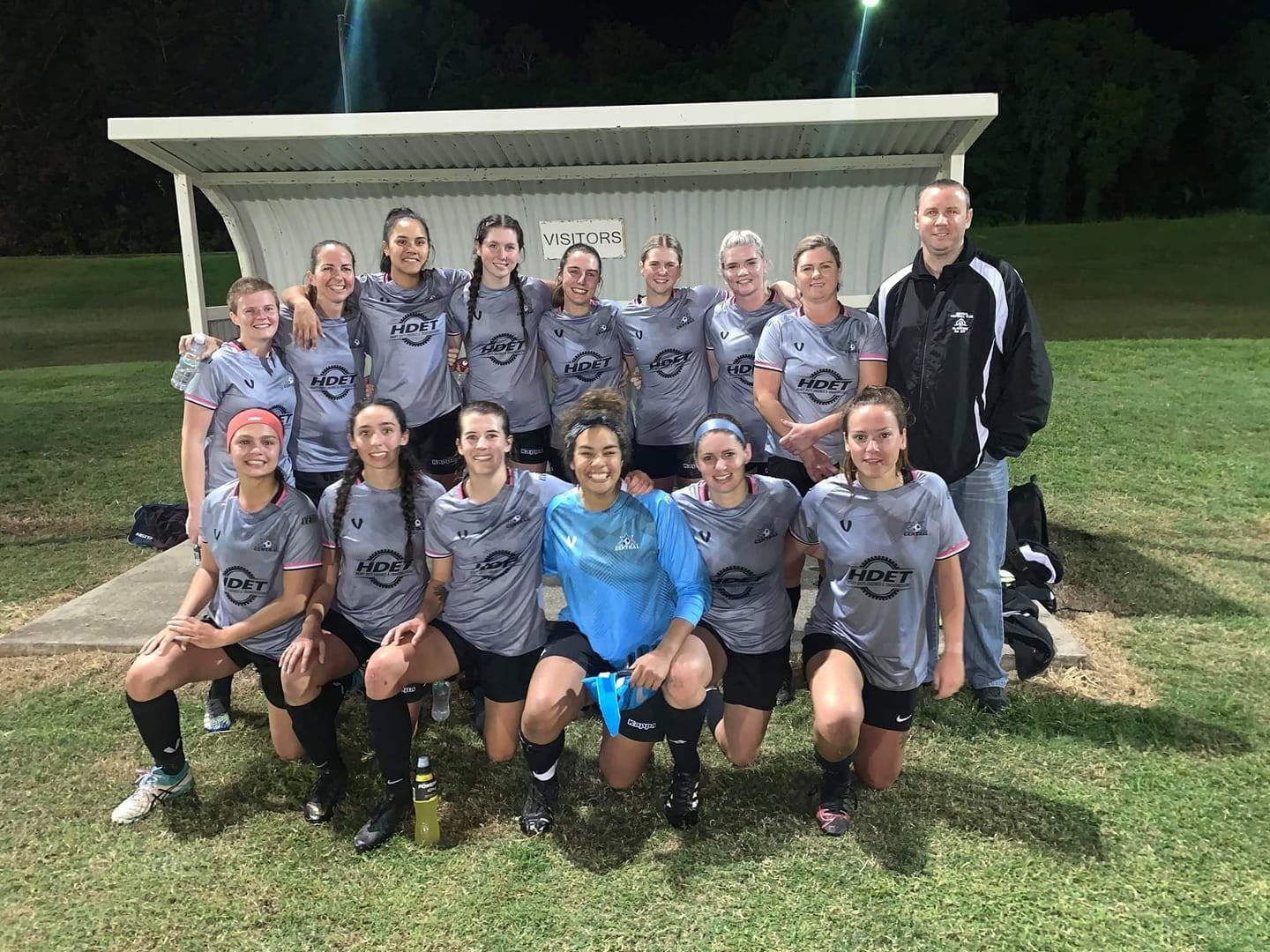 The draw sees them face the Townsville Brothers FC in Townsville on July 17, and the team of 16 dedicated women need your support to make that happen.

“It is estimated that the cost of travel to Townsville and accommodation will cost the team about $10,000,” Club Secretary Julie Porter said.

“The ladies have been working extremely hard to raise the funds necessary, but we would be extremely grateful if any local businesses would like to come on board as sponsors.

“Support means the ladies can participate in this competition, which will give Central Queensland representation at a state level, and support Football Queensland’s Kappa Women’s Super Cup for future generations of women in football.”

Most of the Central FC Premier League Women’s Team, which is made up of women aged 17-40+, played together last year in the Local Division 1 Women’s Competition.

“After they won the Premiership last year they made the decision to step up to the PremierLeague Competition this year,” Julie said.

“Their awesome results in the Kappa Women’s Cup is a direct result of the hard work they have put in at training this season under the guidance of Coach Marty Emerson.

“Marty has concentrated on bringing the team’s fitness up to the standard needed this year, and has been working diligently on a number of set moves which has resulted in a very effective attacking style of football.”

For more information on how you can support the Central FC Premier League Women’sTeam contact the club on centralfcgladstone@gmail.com.