Matt & Glenn Square off for a good cause! 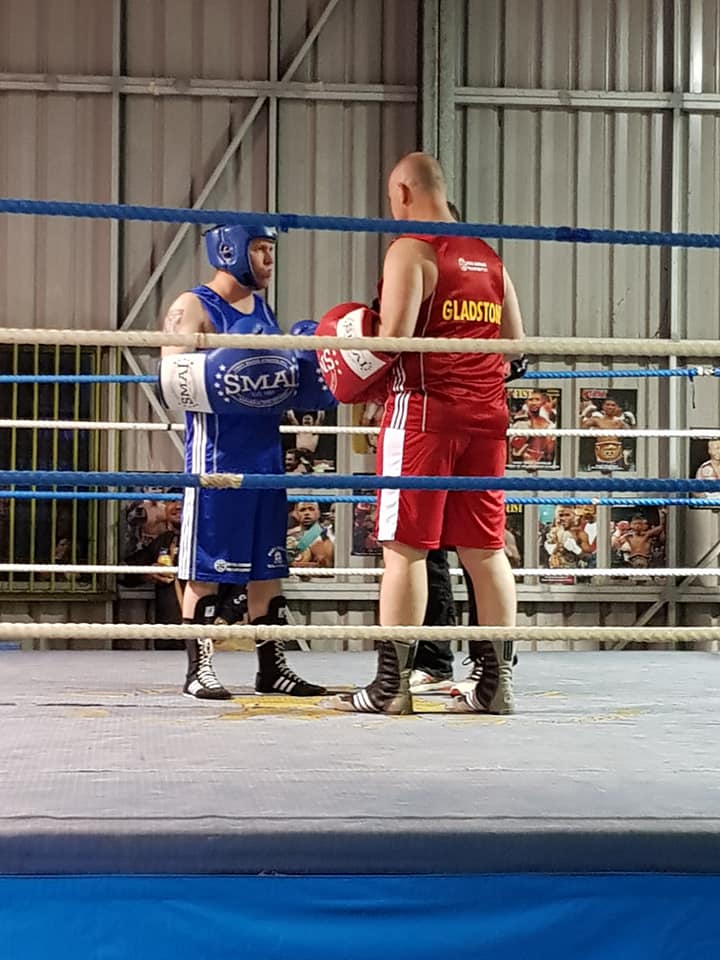 28 Sep Matt & Glenn Square off for a good cause!

Gladstone Amateur Boxing Club hosted three extra special rounds in the ring last Saturday night. Gladstone Regional Council Mayor Matt Burnett squared off against Member for Gladstone, Glenn Butcher. Cr Burnett in the Blue corner took on his good mate, Mr Butcher in the Red corner to raise awareness and funds for two brave little girls, Bella Bates and Olivia Hancock. They might be pint-sized but they have the hearts & determination of the fiercest warriors.  The girls have been bravely battling aggressive forms of Brain Cancer for at least half of their young lives. The charity bout took place after the annual Daly’s Gym Bike ride, where a record of 138 motorcycles took part in a group ride.

Mick Daly from Daly’s Gym said that there were two winners from the fight, and it wasn’t Cr Burnett or Mr Butcher, it was young Bella and Olivia. “For the two pollies to jump up and have a go in the ring was really good. We raised $4500 for each child and a lot of that comes back to the support we received from CQ Tool Supplies. They donated over $6500 dollars’ worth of prizes for our raffle. Without that, we would not have been as successful.”