How Chinese New Year is Celebrated Around the World 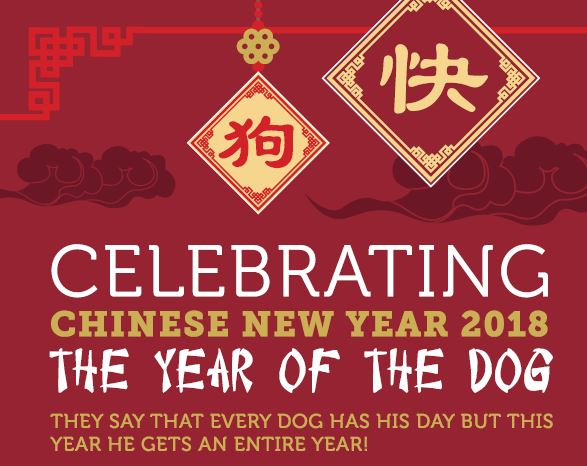 20 Feb How Chinese New Year is Celebrated Around the World

Posted at 15:44h in More Articles by News 0 Comments

Chinese New Year is the most significant holiday on the Chinese calendar and the celebrations have a lot in common with holidays all around the world with fireworks, food, family and festivities –  not to mention envelopes full of money for the children!

Chinese New Year won’t be celebrated with a public event in Gladstone this year but when families gather to celebrate the lunar new year, here are ten customs which they follow:

Typically, families will gather for a sumptuous reunion dinner on New Year’s Eve. A big homemade meal with multiple dishes, including steamed fish is prepared. The tradition of eating fish during the New Year stems from the fact that the Chinese word for “surplus” or “profit” sounds like the word for fish. Thus, it is believed that eating fish will bring wealth in the new year.

Red envelopes are cash gifts that are given by senior family members to their junior relations and can range from a few dollars to quite hefty amounts. Usually, they are given from adults to children, and from married couples to their younger, unmarried family members. It is also customary for bosses to present them to employees.

New Year festivities just wouldn’t be the same without pyrotechnics. New Year’s firecrackers are made from strings of rolled red paper containing gunpowder that, when set off, leave shreds of scarlet paper their wake. Traditionally, it is believed that the loud noise of the firecrackers serves to scare away evil spirits, although nowadays firecrackers are banned in many cities for safety reasons.

In addition, most major cities, including Hong Kong and Shanghai, will put up an impressive display of fireworks around midnight to welcome in the new year.

You can always tell when Chinese New Year is around the corner because of the festive scarlet decor adorning every street, storefront, and home. The colour red is everywhere because it is associated with wealth and good fortune in Chinese culture. Red lanterns are hung on the streets, while windows and doors are decorated with posters and papers bearing auspicious characters or phrases. Chinese knots, potted kumquats, and golden orange trees are also common.

Customarily, families give their homes a thorough cleaning in the days leading up to New Day’s Day. Windows are scrubbed, floors are swept, and furniture is dusted in preparation for the new year, sweeping away the bad luck of the past year. In addition, dusting is avoided on New Year’s Day, for fear that good fortune will be swept away.

In northern China, dumplings are a popular food during Chinese New Year. In the south, it’s more common to see niangao, a chewy pellet made from glutinous rice. Mandarin oranges, which are considered a symbol of good fortune, are also commonly eaten, displayed and gifted.

As the New Year approaches, open-air markets selling decorations, red envelopes, toys, clothes, and trinkets are a frenzy of activity. In Hong Kong and Macau, where it is a tradition to give flowers for Chinese New Year, street markets are also teeming with flowers and potted plants. Flowers such as orchids, peonies, and narcissus are popular because they are considered especially auspicious.

Praying at the Temple

The Lunar New Year season is a busy time for Chinese temples. Worshippers typically visit the temple on the third day of the New Year to light incense and pray to the deities for blessings and good luck in the year ahead. Many major temples will also put on festive dragon and lion dances in the courtyard.

Last but not least – Shopping!

Chinese New Year sees a surge in retail every year thanks to holiday sales. The closer to New Year’s Day, the deeper the discounts get, including discounts on Spring season items that have just hit the racks.